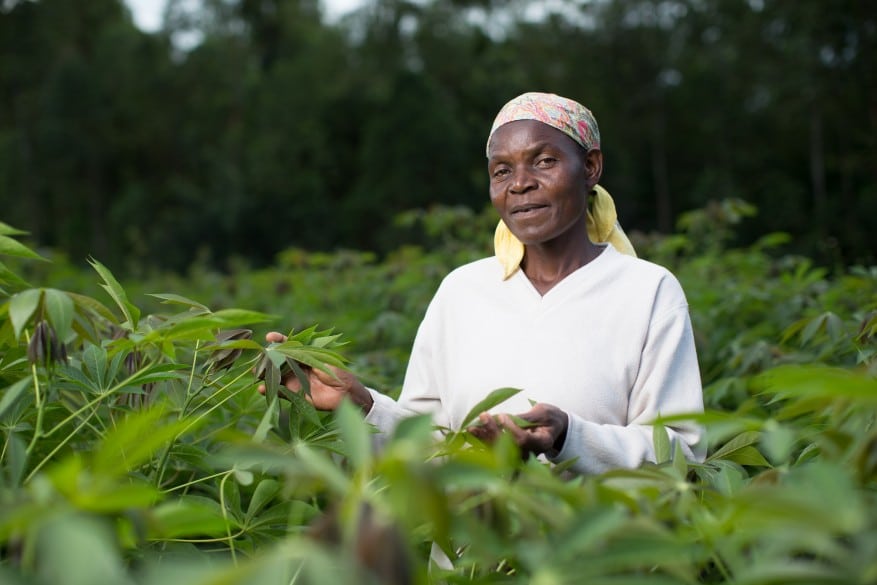 Hundreds of farmers groups in Kenya have seen both yields and incomes from the production and sale of cassava increase over the past two years.

A recent survey of cassava groups involved with a Gorta-Self Help Africa project, backed by The Walmart Foundation and the European Union, showed the positive impacts of a scheme that has been supporting 28,000 smallholder farmers and farmer cooperatives since 2016.

Responding to a growing demand for quality cassava products in the East African country, the project supported both the distribution and planting of improved cassava cuttings, together with the promotion of a range of improved farming practices.

Approximately 320 of the 400 farmer groups that the project worked with had successfully improved governance and management structures, while four out of five new farmers cooperatives involved had developed new business plans for the production, processing and marketing of chipped cassava products, which earned a higher price in local markets than raw tubers.

A smallholder farmer in Homa Bay County, Ruth Okoth reported that she had significantly scaled-up her cassava production and trading since her women’s farmers group became involved with the project.The mother of a young family, Ruth said that she used to struggle to feed her family when she relied on maize, her traditional staple. “In the past, my family could only eat one decent meal a day. In this region, rain patterns are erratic, which didn’t suit maize production,” she explains.

Ruth received training and cuttings from the project, and expanded her cassava production from one to six acres.

“My group selected me to become a producer of seeds. Today, I make an income from selling certified cassava seeds to local farmers. We have also learned how to process dried cassava chips, which I am selling through our cooperative.”

With her new income, Ruth Okoth says that she has improved her family’s diet, has carried out improvements to the home, and is sending her children to school.

The assessment of the project, undertaken by Gorta-Self Help Africa, found that four out of five women farmers had found that they had greater decision making power in their households and their community, as a result of their participation in the Walmart Foundation backed scheme.