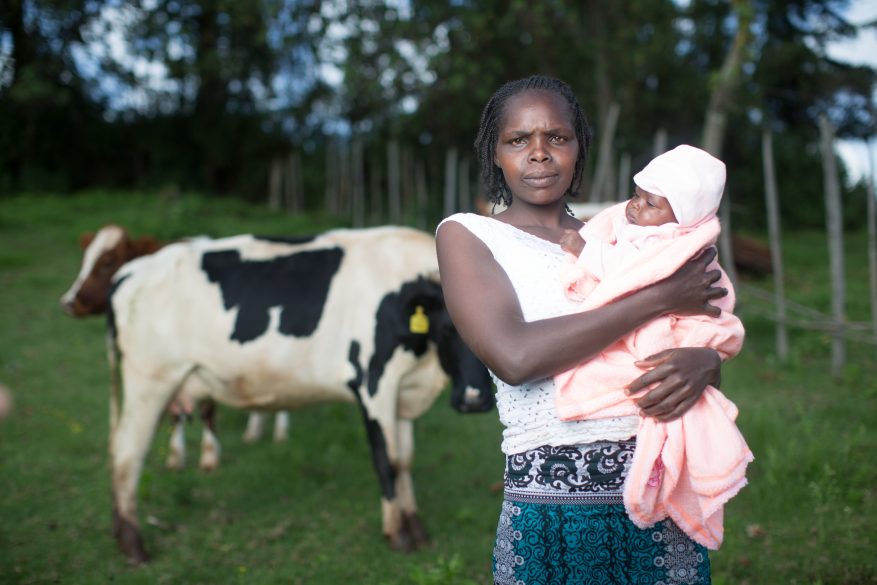 The merger of Gorta and Self Help Africa in 2014 was inspired by the conviction that we could achieve more by working together.

For decades, the two organisations had done similar work in similar locations. By teaming up, we believed that we could reduce costs, increase impact, and do more with the funding that people like you trusted us with. Five years on, as ‘Self Help Africa’, we are now reaching twice as many people – last year alone we helped over two million rural poor people in Africa. The legacy of Gorta, Ireland’s original ‘Freedom from Hunger Council’ lives on in this work.

Take for example in Keringet, a district to the north-west of Kenya’s Rift Valley, where Gorta had worked since the early 2000s. In Kenya, this is ‘cattle country.’

Where once there were hundreds of poor families struggling to make a living on their small farms from their small herds, today there now stands a thriving small creamery that is buying, processing, transporting and selling milk and yoghurt to Kenya’s urban markets.

Keringet Foods Ltd employs 21 people fulltime, and has also started trading in other goods including Irish potatoes. They are helping farmers like father-of-four, Henry Tener, to earn a lot more from their farm work.

“I used to farm tea, like my father, but I never earned much. I moved into dairy and potato farming after the cooperative was started. I’m getting a good price for my milk, and I’m also farming potatoes,” Henry says.

Many of the 1,500 farmers selling to Keringet Foods are women, like young mum Jacqueline Chepkemboi who says that she is earning over 20% more than she would in the local market from the milk that she gets from her single dairy cow, each day.

Your ongoing support is helping to change the lives of Henry, Jacqueline, and millions of other people like them; and today is making Self Help Africa a stronger and more effective charity.

Thank you – and we look forward to continuing the work of Gorta, under the Self Help Africa name, in Keringet and beyond, in the years ahead.