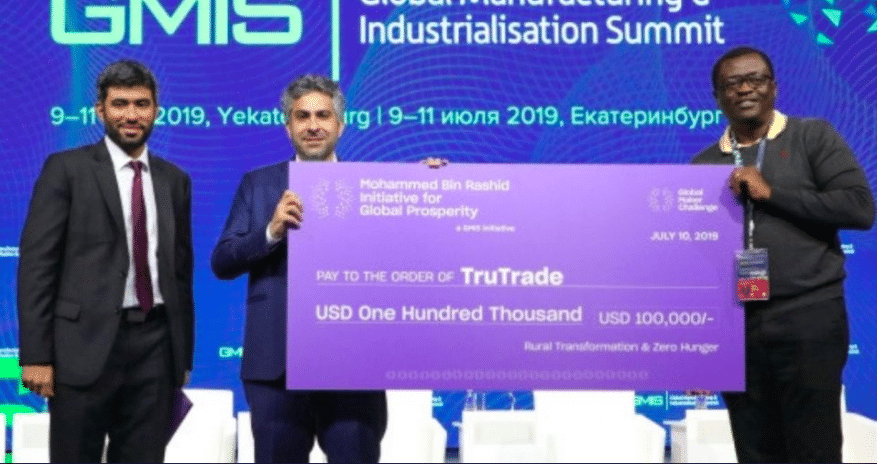 Following live pitches to international judges in both Dubai and Cambridge, ‘TruTrade’ was chosen as the winner of the award at a ceremony in Russia.