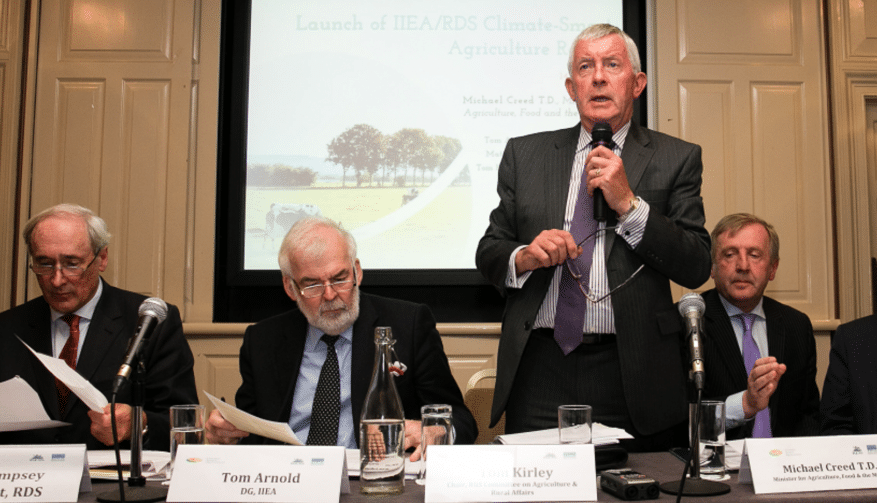 It was with sadness that Self Help Africa learned of the death this week of Tom Kirley, a long-standing supporter and former director who played a key role in the merger with Gorta in 2014.

CEO Ray Jordan paid tribute to Tom, who served on the Board of Gorta and later of Self Help Africa, and  remained involved until very recently as a member of the board’s Nominations Sub-Committee.

“Tom recognised the massive role that agriculture had to play at home and overseas, and knew that it provided a route out of poverty for millions of people in disadvantaged parts of the world. He worked tirelessly to support this goal both with Gorta and later, with Self Help Africa.  We would not be where we are today without him,” he said.

A native of County Offaly, Tom joined the Department of Agriculture as a dairy specialist, before moving first to ACOT, and then to the newly-formed advisory service Teagasc, with whom he spent the bulk of his career. He held various roles with Teagasc, including as Head of Advisory Services,  Director of Administration and as Acting Director.

In his earlier career, Tom worked overseas in various postings, including for a time in Eastern Europe.  He held a Master’s Degree in Agricultural Science from Massey University, New Zealand.

Upon retirement, he served in a voluntary capacity as the acting CEO of Gorta in 2013.  As vice-chair of the charity, he was actively involved in discussions that led to the merger with Self Help Africa and the creation of The Gorta Group.

He was also a member of the RDS Committee of Agriculture and Rural Affairs, a member of the RDS Foundation’s Board, and was on the Council of the RDS.  In 2016 he led the RDS Climate Smart Agriculture Leadership Forum which collaborated with the Institution of International and European Affairs to produce the report ‘A Climate-Smart Pathway for Irish Agricultural Development’, which was launched by the Minister for Agriculture.

PHOTO CAPTION: The late Tom Kirley speaks at the launch in the RDS of the report ‘A Climate-Smart Pathway for Irish Agricultural Development’. He is pictured with, from left Matt Dempsey, Tom Arnold, and former Minister for Agriculture, Michael Creed.