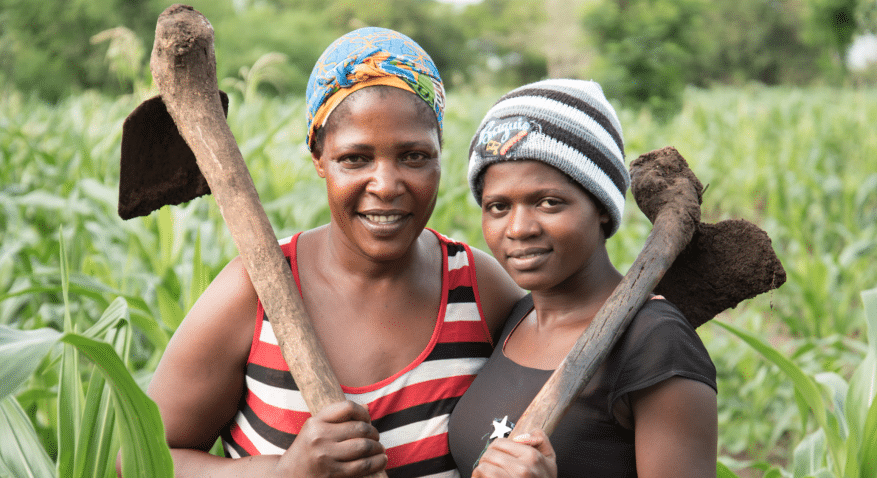 It’s a sentiment that Lynda shares. Their bond has always been close. As the only daughter in a family of boys, Lynda says that she has always turned to her mum for advice, and would help her in any way that she could around the home.

Veronica is a ‘lead farmer’ with Self Help Africa in southern Malawi. Her farm is a demonstration site where new crops and farming techniques are applied, while she attends training courses and shares the knowledge that she gets with others.

It’s a role that gives her some responsibility in her community. Her daughter is proud that she has this role.

“If I was to recommend anyone for this position it would be my mum. She’s bright, she’s capable, and when she puts her mind to something, she’s very determined,” Lynda says.

Lynda has been living at home since failing her school final exams. “I was always at the top of the class in school, but in my final year I was distracted. I messed up.” It meant that she couldn’t further her education.

Veronica is currently saving up so that she can fund Lynda’s return to school, next year. She was already a mother when she was 17, but wants a different future for her own daughter. “She has the brains. I want her to go to college and have a career. I don’t want her to have any regrets,” she says.