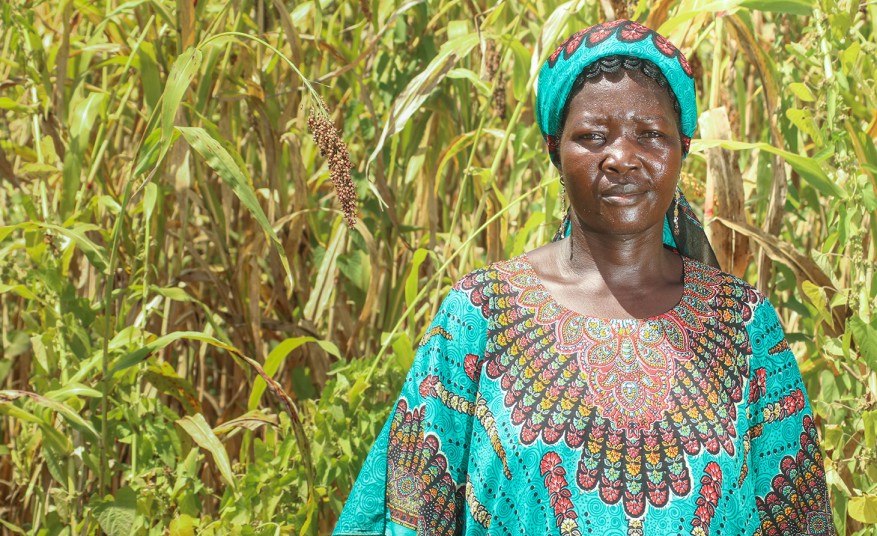 Habibou Tiendrebeogo was still in her 20s when crisis struck and her husband went blind following an illness.

Faced with caring for her dependent husband, she also became the sole provider for her four young children on their two-acre farm in Nomgana village on the outskirts of Ouagadougou, the capital of one of Africa’s poorest countries, Burkina Faso.

Now aged 44, Habibou is a role model and a hero for her 24-year-old eldest daughter Fatimata, herself a young mother. “I’m proud when I look at my mum. She’s a hard-working woman. She has done so well.”

Today, Habibou provides for her four children and two grandchildren by growing peanuts, beans, maize, sorghum and millet (an indigenous cereal crop) on her small plot.

She does most of the farmwork alone, although her children give her a hand on the weekends and during school holidays.

Habibou manages to grow enough food to feed her family twice a day. She even sells some of her crops to make an income.

Like other women in her village, Habibou received improved maize, beans and sesame seeds to plant. She also received training that has allowed her to maximise her yields, and earn more from selling her surplus.

“I used to grow the same crops, but I didn’t harvest as much. I planted my seeds not long ago and they are already looking good.”

Applying new farming methods that assist rural poor farmers to produce food in the hot, dry and changing climate of West Africa, Habibou now plants her seeds individually into hand-dug holes, rather than ploughing her entire fields. In this way she minimises the evaporation of water from the soil, and can fertilise her crops more efficiently.

“I used to just clear the land and throw the millet seeds. I produce more crops with this new method.”

She was also shown how to store her beans properly so they last longer. Today, she earns more by selling her surplus at times of the year when the price is better.

For Habibou’s children, this has meant they can continue their education to secondary level:

“I used the income I got from the sale of my crops to pay for their school fees. The project is helping my children too.”

While Habibou only attended school for five years, the future is brighter for her daughter Fatimata, who is amongst just 15% of girls in Burkina Faso attending secondary school. And she has big dreams, as she hopes to attend university and become a doctor.

“Because they go to school, my children will have the opportunity to do more than me in the future,” a proud Habibou says. 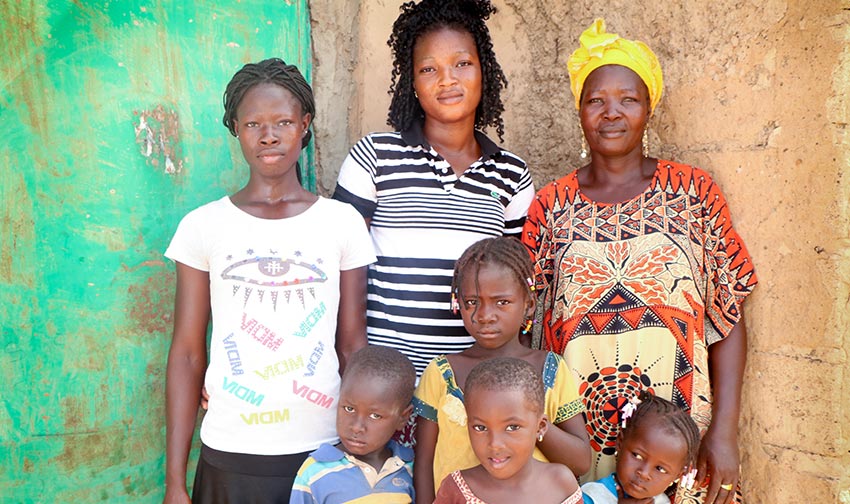