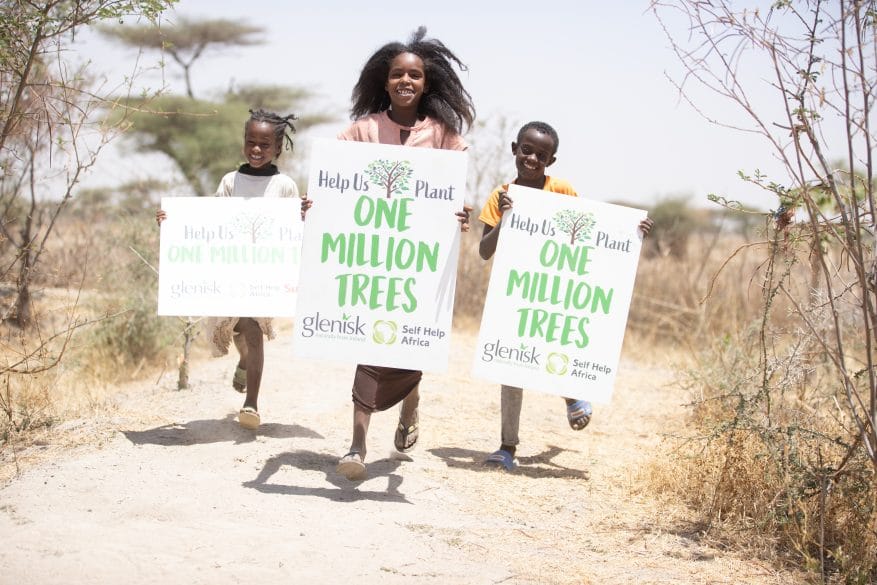 On a small hill overlooking Lake Ziway in Ethiopia’s Great Rift Valley, a group of schoolkids gathered to plant some trees.

The recent occasion marked the culmination of a year-long campaign to plant one million new trees in Africa. The 30 small saplings, most of them avocado, were planted by the children and their parents outside Abossa village close to the local primary school. It brought to 480,000 the number of tree seedlings planted at Lake Ziway, and to one million the total number to have been planted across Africa in the past year, thanks to the campaign.

Launched in February 2020, ‘One Million Trees’ set out to plant a million trees in Africa, as well as a further 100,000 new native trees in Ireland. Sponsored by Ireland’s premium yogurt producers, Glenisk and featured on millions of pots of organic bio pot yogurt, the campaign also received the backing of the Irish National Teachers Organisation (INTO) and of the Gaelic Players Association (GPA).

It captured the public imagination, and was a notable highlight of a challenging, pandemic disrupted year, with close to 5,000 people sending in donations, and an array of corporate backers, including the SuperValu supermarket franchise, lending their support.

The message was simple and effective – ‘you can plant trees and make a
difference, while also contributing to the lives and the welfare of rural poor
communities in Africa – where trees are a source of food, income, shade,
shelter and much more.’

In March 2021 a new collaboration, ‘Another One Million Trees’ was launched with Glenisk, with the same partners, as well as campaign
ambassadors Kathryn Thomas of RTEand rugby international Rob Herring
on board for another year. Additionally, Irish business are being invited to get involved, with the opportunity to plant trees in Ireland and Africa as a means of offsetting a company’s carbon footprint.