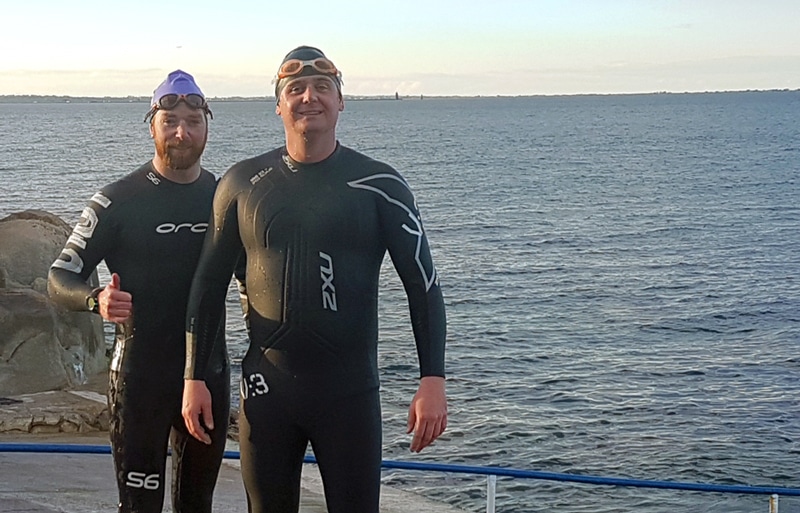 Dangerous currents and freezing cold, shark-infested waters might be enough to have most of us scrambling for dry land, but not two friends from Naas, Co. Kildare, who set off for America’s West Coast next week, to compete in a dare-devil sea swim for charity.

But in recent times it has been the scene for an extreme sports challenge that has attracted competitors from around the globe. Naas men, Stephen Tighe and Paul Quigley will join their ranks when they take the plunge, and attempt the impossible, at ‘Sharkfest Swim 2017’ in San Francisco Bay on June 4th next.

Stephen, an electrical engineer and his pal Paul, who co-owns a hair salon, are covering all of the costs of the trip out of their own pockets. But they have also been raising thousands for charity, with international agricultural organisation Gorta-Self Help Africa, and a children’s education programme in Cambodia set to benefit from their expedition.

You can lend your support to Paul and Stephen’s challenge by contacting Gorta-Self Help Africa on (01) 6778880, or by visiting their website.