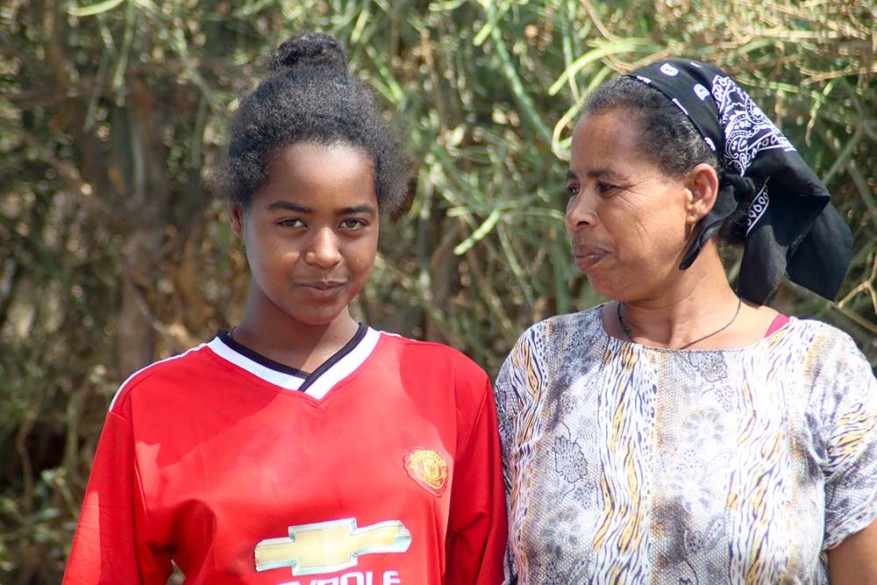 38-year old Aster Ayele spent most of her life as a farm labourer.

Until she joined a savings and credits cooperative (SACCO) supported by Self Help Africa, Aster and her husband supported their two young daughters on the meagre income they earned from working under the beating sun on their neighbours’ farms in the high plateaus of Oromia in Southern Ethiopia.

“We weren’t hungry, but our diet was poor. My older daughter got sick repeatedly and was malnourished. I couldn’t afford medical care and had to borrow money from neighbours when I needed medicine,” she recalls.

Aster was a founding member of the Abdi Gudina SACCO in her village. She has seen the membership grow from an initial 19 women in her area to 210 members, 186 of whom are women.

Aster initially saved less than $1 (20 Ethiopian Birr) a month with the group, and after some time received a loan of $60 (1,500 Birr) with which she bought a calf and set up a beer brewing enterprise.

Since then, she has borrowed three more times from her village savings co-op and has bought more animals. Today she makes money from fattening and selling calves and cows. She has also started rearing poultry.

“My income has more than doubled,” she explains.

“My younger girl is attending a private school and my older daughter is in University”, she says proudly. “I pay for her accommodation in the city, food and transport. Without the SACCO I wouldn’t have been able to send her to University. She would have stayed at home.”

Aster currently chairs the loan committee of her village SACCO, and is responsible for evaluating loan requests from members. She admits that the burden of responsibility weighs heavily on her but she accepts it, saying “I feel like I’m helping my community.”

“What I’ve learned from working in the SACCO is beyond monetary value. I‘ve learned to work in a group, and interact with people. It has strengthened my social life,” she adds.

Aster has noticed a real transformation in her community since the SACCO was established.

“I’m very happy to see successful women in my community. They are confident in their work, and are models for other women.”

Today, Aster is a committed advocate for her cooperative: “saving is a hope for people, especially for women. It encourages us and gives us confidence to start new businesses.”

Aster is proud she can offer a better future to her daughters. “I’m not educated but my daughters will be. Like me, I hope they will serve their community in the future.”

Gender Comic Book Is Helping Families To Work Together