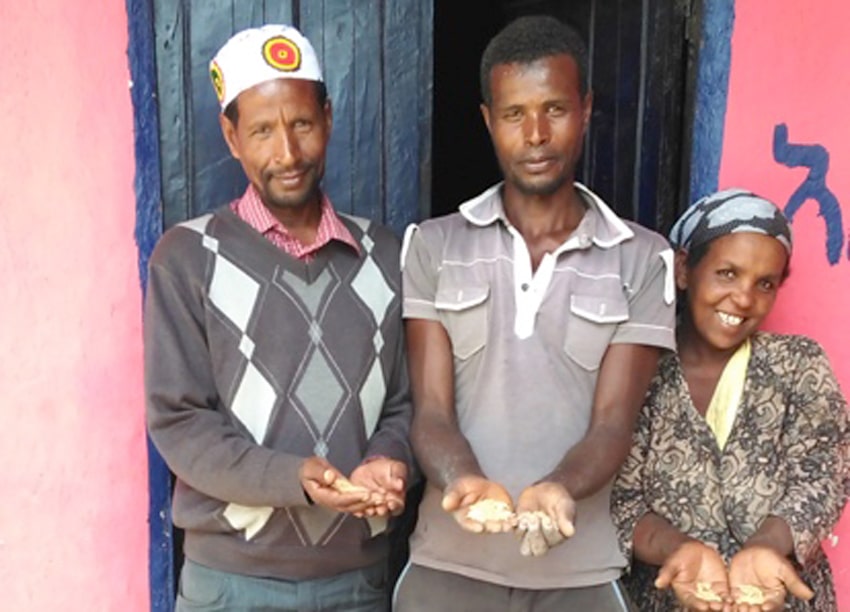 Ethiopian farmer Wetecha Geburie feared for his family when the rains failed, and the heat parched the countryside and threatened his farm.

No stranger to hardship in a region of Oromia Province where poor households commonly receive food and money handouts during the ‘hungry months’ of the year, when grain stores empty and the new year’s crops have yet to be harvested, the 48 year old father saw that 2016 was different, with the bone-dry conditions caused by the harsh El Níno weather wilting crops in the field.

On his own farm he witnessed a massive decline in the production of two popular wheat seed varieties that he had been was producing, but also saw hope in another – Kingbird – which demonstrated a resilience to drought beyond all his expectations. 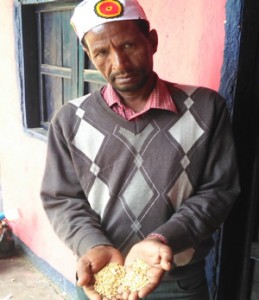 As a community-based seed multiplier with Zenbaba Farmers Coop in Meskan district, Wetecha, and Kingbird, have a key role to play in Self Help Africa’s efforts to protect food production in the face of the current drought.

With more than 15 million people in Ethiopia facing severe food shortages this year as a result of the drought, seed growers who are producing drought tolerant varieties are essential.

A network of cooperative affiliated producers are set to supply and distribute their improved varieties of seed to almost 15,000 households across Sodo, Mareko and Meskan districts of Oromia in the coming months, under a Self Help Africa project that is specifically designed to improve community resilience to climate change in the years ahead.