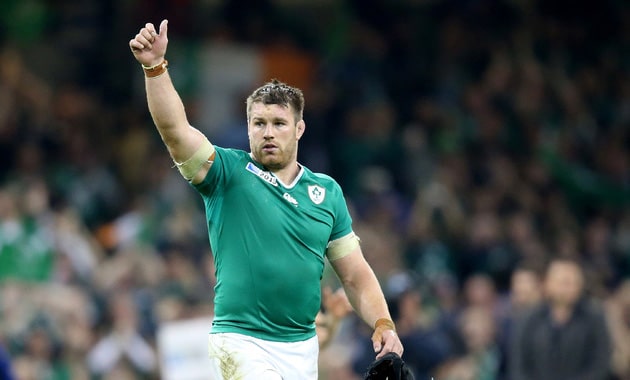 One of Ireland’s top stars, the Tullow-born sportsman took time out from a busy training schedule to speak about the vital importance of developing Africa’s agricultural potential, and about his own experiences living and working on a family farm in Ireland.

“Whenever I can, I spend time on the farm”, he said. Away from the intensive preparation that is a part of his life as an elite professional sportsman, he said that “farming has taught me so much. It keeps me grounded.”

The Leinster and Ireland flanker said that he liked Gorta-Self Help Africa because of its focus on farming communities.

“Helping farmers to grow more food and sell their surplus lifts communities out of poverty for the long term,” he said.

“It’s not about hand outs, it’s about a hand up. It’s about organizing farmers to grow more on their small plots, and to sell their crops for a profit.”

“Africa is on the same journey that Ireland was on many years ago. By making farming more productive, everything else will flow from it. When farming is more productive, communities prosper,” he declared in a short video that was filmed on his County Carlow farm, last week.

Gorta-Self Help Africa has its origins in Hacketstown in the County Carlow countryside, and today is the chosen charity of the Irish Farmers Association.