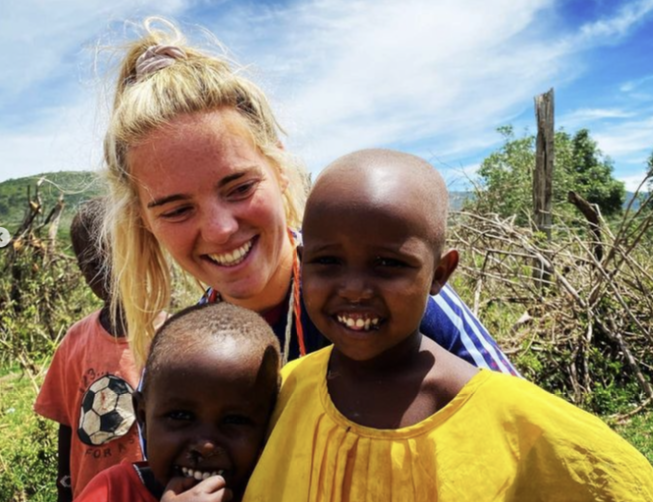 Over 50 of Ireland’s top GAA stars kick-started a campaign to plant a million trees in Africa, during a pre-Christmas trip with Self Help Africa to Kenya.

The week-long trip included a Gaelic Games ‘Plant the Planet’ showcase in Nairobi, which was attendd by hundreds of spectators and attended by Kenyan Olympic champion and world record holding runner, David Rudisha, and by the Irish Ambassador to Kenya, Fionnuala Quinlan.

The initiative was organised in collaboration with Galway-GAA legend Alan Kerins ‘Warriors for Humanity,’ and included tree planting activities by players in two project areas where Self Help Africa is working, in Kenya.

The trip was supported by the Gaelic Players Association, and amongst the competitors to take part were Limerick Hurler Sean Finn, Wexford’s Matthew O’Hanlon, Kerry’s Stefan Okunbor, Clare’s Podge Collins, Kilkenny’s Grace Walsh, and Niamh O’Sullivan from Meath. More than 50 hurling, football and camogie players participated, and collectively raised over €500,000 in sponsorship support to plant trees in Africa.

Alongside the ‘Plant the Planet’ showpiece games and the tree planting activities, the travelling party also met with Kenyan based Irish athletics coach, Bro Colm O’Connell, and with some of the country’s leading distance athletes that he trains, visited schools and community groups, and had the opportunity to visit regions of Kenya where communities are on the frontline of climate change.

Speaking about her trip, Cork camogie star Orla Cronin said that on the visit she “met some of the most inspiring people, proud of their land, their heritage and their families. Self Help Africa and the work that they do with the families and communities in Kenya has reinforced my commitment to acting now and strengthening my dedication to the environment and sustainable processes to help our planet.”

Antrim’s Conor Meyler said: “The goal of planting one million trees will continue to happen and grow over time with the generosity of everyone who has already donated and continued to do so.”

“What an unbelievable week in Kenya. An experience I will never forget…. Whilst playing our National sport, the aim of the trip was to plant one million trees to help reduce carbon footprint, help communities grow out of poverty and provide for families long after we are gone” – Niamh O’Sullivan, Meath.

Alan Kerins said:  “The Plant the Planet Games are the culmination of a dream I had for many years, to bring the first intercounty game to Africa, uniting my two passions of the GAA and working in Africa. It’s all about history and legacy – planting a million trees. The impact will be huge not only in terms of the environment, but hundreds of thousands of families will live off these trees long after we’re gone. The players were fantastic, and were all there for the right reasons.”

Fundraising for the historic Plant the Planet Games is ongoing, with a fundraising page set up. Those wishing to make a donation can do so at: https://www.idonate.ie/event/planttheplanet