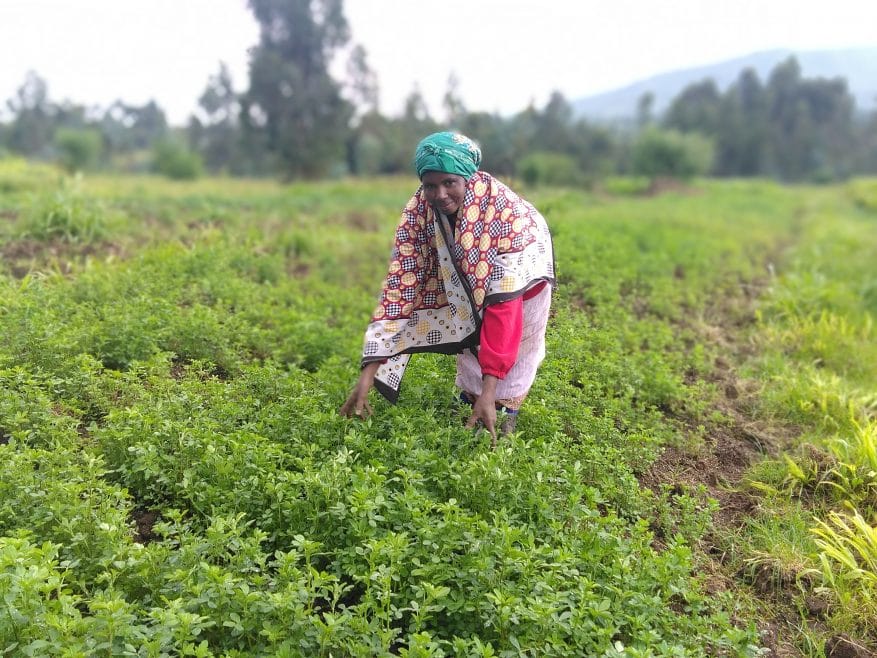 When Phyllis Wangari joined the ‘Tuluga 100 Self Help Group,’ she knew that her targets were in the name.

Phyllis was amongst a group of householders in Kiahuho village, Kenya, who were given the goal of producing 100 litres of milk per day from their small dairy herds, by the local Tuluga Dairy Farmers Cooperative.

Although she has kept dairy cows for as long as she can remember she had never come close to 100 litres from her six Friesian herd, Phyllis says. However, dairy farming has been a reliable year round source of income unlike production of other seasonal crops.

37 members of Tuluga 100 were trained in forage production and in methods to improve livestock feed and care. Phyllis says that the introduction of Lucerne (a type of alfalfa) to her animal feed has transformed her herds milk production.

“The output per cow has increased by two litres per day. I’m now producing around 64 litres of milk every day. I’m not yet at 100 litres, but I’m getting there,” she says.  After costs, she is earning close to €180 month from her milk sales to the co-op. “It’s paying for my household and covering school fees,” she says.

Phyllis owns three acres of land and has leased four acres more to produce fodder crops. She is growing lucerne (alfalfa), maize, sorghum and sweet potato on her land, and is buying Rhodes grass, a summer perennial, to supplement her animal feed. She’s also a ‘lead farmer’ trained by Self Help Africa to promote and train others in herd management.

1,600 small-scale farmers like Phyllis are being supported by Self Help Africa’s ‘Kenya Dairy Production Systems’ project, being undertaken in collaboration with the Kenya Agricultural and Livestock Research Organisation (KALRO), supported by Teagasc, Ireland’s agriculture and food development authority, and Irish Aid.