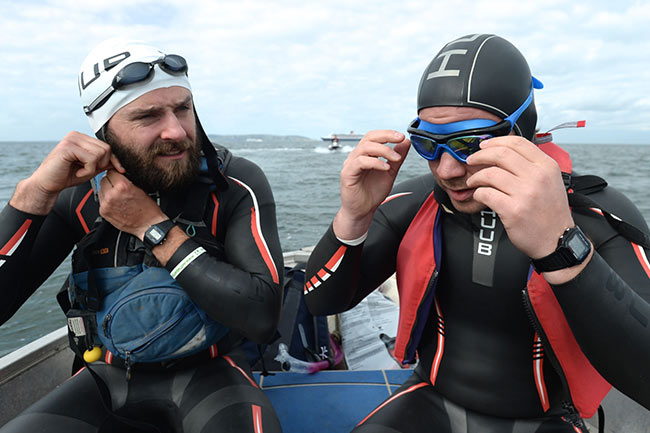 Seasoned Irish adventurers David Burns and Maghnus Collins will be sticking close to home for their next expedition in aid of Gorta-Self Help Africa, but that doesn’t mean it won’t be one of their toughest challenges yet.

Burns and Collins’s last adventure, Silk Roads to Shanghai, saw them spending 277 days on the road, running, cycling, and kayaking their way from Istanbul to Shanghai. They raised €40,000 for Gorta-Self Help Africa in the process.

The proceeds from Swim 360 will be shared between Gorta-Self Help Africa and RNLI Lifeboats. You can support their efforts by donating on the Swim 360 My Charity page.