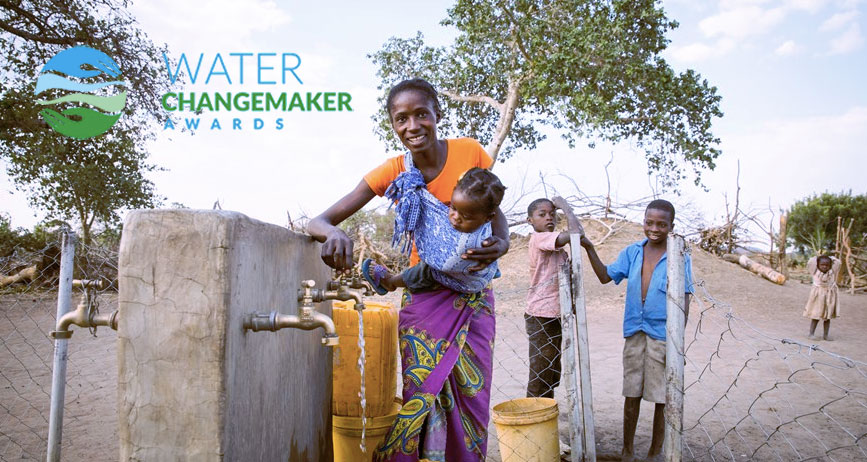 A Self Help Africa project that supported communities in Zambia to adapt to the growing threat of global warming has been named winner of a prestigious new award for climate change adaptation in Africa.

Self Help Africa’s project in the Kafue region of Western Zambia worked with local communities and government agencies to reduce local vulnerability to the worst effects of climate change. The project was named winner in the ‘Climate Resilience’ for Water ChangeMakers, at the annual Climate Adaptation Summit (CAS 2021), last week.

Implemented between 2016 and 2018 in six districts of the Kafue sub-Basin in Western Zambia, the work carried out by Self Help Africa and focussed on raising awareness and training that would provide communities with the ability to prevent, protect and adapt to extreme weather events caused by global warming.

Practical steps were also taken, including the installation of community-based early warning weather detection devices, while new crop varieties were introduced, steps taken to ‘climate proof’ rural roads susceptible to flooding, and trees plants to ensure that households and communities were less vulnerable to weather variability. The project also supported farming families to construct more secure housing for goats, poultry, and other livestock – animals frequently lost in flooding when kept in traditional pens and poultry coops.

The Kafue project was supported by the Government of Zambia.

The ‘Water ChangeMaker Awards’ were established to promote smart decisions on how we use and safeguard our water resources and cope with climate challenges. The awards are designed to promote and celebrate organisations from both the public and private sectors, whose efforts shape decisions that build climate resilience.

Promoted by the Swedish based Global Water Partnership, the award winners are invited to attend the upcoming global climate (COP26) summit, which is scheduled to take place in Glasgow, Scotland, in late 2021.