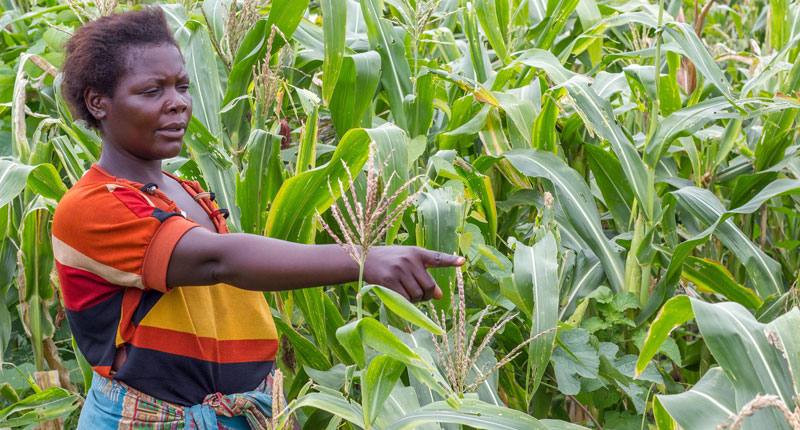 Just €25 will help with providing equipment to help combat this crop invasion.

A devastating pest invasion sweeping across southern Africa is stripping fields of vital crops, and leaving millions of vulnerable households on the brink of famine.

Invading armyworm caterpillars have made dramatic advances across the region, stripping maize fields bare as farming families prepare to harvest their food crops. In recent weeks, it has destroyed thousands of hectares of maize in Zimbabwe, Zambia, and Malawi – and risks plunging the region into crisis.
[youtube https://www.youtube.com/watch?v=GMNYRylZS34&w=650&h=490] Using innovative data-gathering technology, Self Help Africa has collected vital information in the past fortnight on the full extent of the problem in North and Central Malawi, where government has been slow to respond to the emergency.

Senior agricultural advisor Paul Wagstaff described the armyworm invasion as ‘critical’ for thousands of rural poor farming families, and predicted that many risked losing their entire food supplies unless there is an immediate response.

Internationally, the UN Food and Agriculture Organisation (FAO) has convened an emergency meeting to put plans in place to combat the threat.

A maize farmer in Chambowo village in Karonga in the far north of Malawi, Aidi Phiri said that her fields were attacked in February, and that her entire crop had been destroyed. “I have six children. I don’t know how we will survive,” she said.

In nearby Kaswera district, Marita Makwakwa predicted an acute food shortage because of the damage caused by armyworm. She appealed for help, and said that nobody in the locality had either the sprayers or pesticides that were needed to fight the invader.

To combat the armyworm attack, Self Help Africa has appealed for support for the purchase and distribution of insecticide, and of suits, masks, knapsack sprayers and other equipment. These will be distributed to field staff, and to community-based ‘lead farmers’ who are at the vanguard of efforts to eradicate armyworms.

Help us to fight armyworm invasion in Malawi