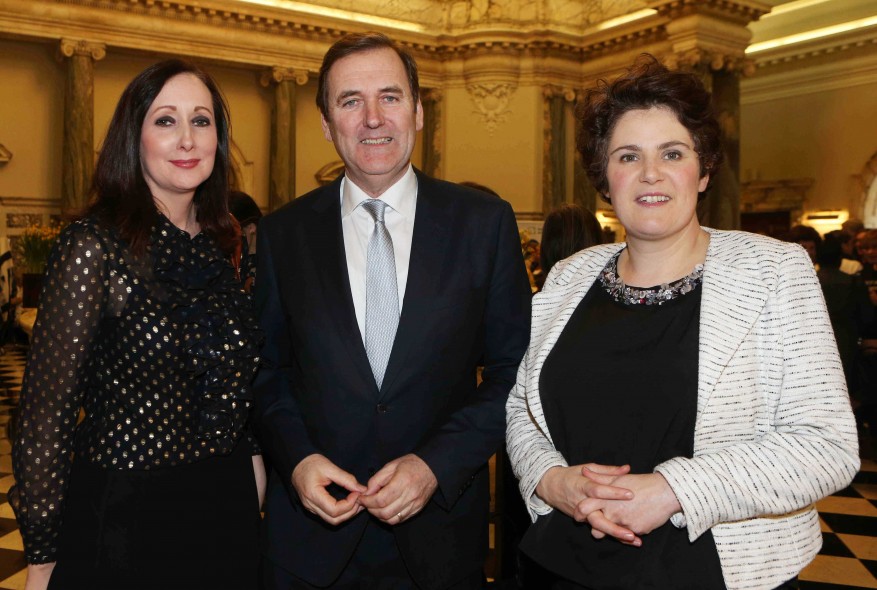 Gorta-Self Help Africa will increase its impact and reach more people than ever before, after a merger with War on Want Northern Ireland. The merger was launched at Belfast City Hall on Tuesday 27th March, with Claire Hanna MLA, chairperson of the All Party Group on International Development, and former Irish Government Minister Tom Kitt, who is chairperson of Gorta-Self Help Africa, in attendance.

The merger sees two of the longest established international development charities on the island of Ireland come together, with Gorta-Self Help Africa bringing on board War on Want NI’s 13 charity shops, adding to the chain of 12 Gorta shops.

The combined organisation is set to reach over 4 million people in some of the most vulnerable farming communities in sub-Saharan Africa this year. War on Want NI, which has been implementing agricultural development projects in Uganda (and previously in Malawi) for many years, will join forces with Gorta-Self Help Africa in working with farming families through a range of agricultural, nutrition and income development projects across sub-Saharan Africa.

Siobhan Hanley, Director of War on Want NI said that the merger would provide renewed impetus and new opportunities for the organisation to reach more people, and make a more significant contribution to the work against hunger and poverty in one of the world’s poorest regions. “Both organisations share the same ‘self-help’ approach that provides marginalized farming communities with the resources they need to work their way out of poverty,” she said.

“We have more than 200 fantastic volunteers who are the lifeblood of this charity, and who have been deeply committed down through the years. By coming together with Gorta-Self Help Africa, we can deliver far more in our efforts to end global poverty, a task that we undertake on behalf of the people of Northern Ireland who support our work,” she added.

As a former Irish Government Minister who was involved in negotiations at the time of the Good Friday Agreement, Tom Kitt said that he knew the power and impact that could be achieved from joint working. “This is an historic merger and is a practical example of how we can continue to work successfully together to achieve more,” he said.