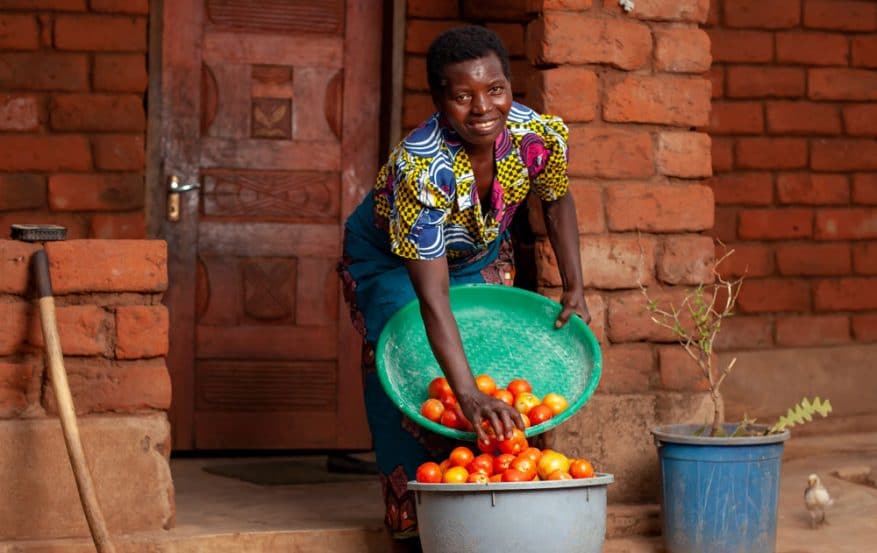 Meal quality for households had improved, and women were enjoying a greater degree of financial independence.

These are amongst the findings in a mid-term evaluation of Malawi’s ‘BETTER, ’one of the largest development projects undertaken by Self Help Africa in the country.

Surveys and interviews conducted for the assessment found that dietary diversity had improved, financial independence for women had increased, and women were reporting that they had a greater say decision-making.

Produced by the International institute of Research and Development (IIRD), the report looked at different aspects of the performance of the EU-funded BETTER, a multi-year project taking place in ten districts of Malawi, and using a ‘farmer field school’ approach to training households to improve food, nutrition and income security and resilience.

BETTER has sought to reach a total of just over 400,000 families, and provide training and information through a network of community-based trainers and facilitators at more than 13,000 ‘field schools’.

BETTER had not yet achieved 35% of its’ expected outcomes and outputs, but a lot of its targets had been surpassed, and many farmers surveyed had embraced the climate smart agricultural technologies it was promoting, the report noted.

Because some of these technologies were viewed as more labour intensive however, the uptake amongst women had been lower than amongst men, the report added.