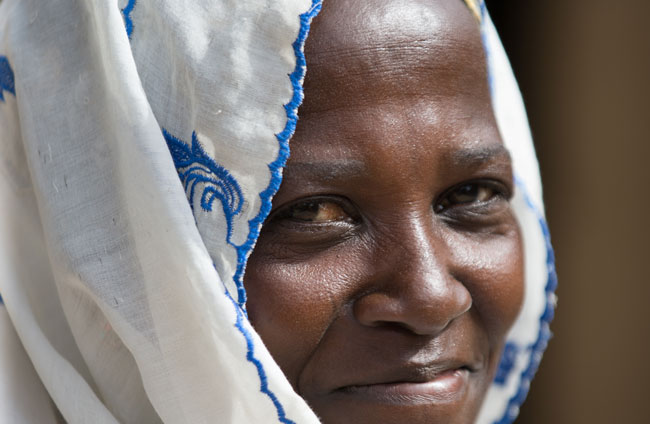 But she’s happy that she can now support her own kids through school, and particularly proud to be able to sponsor her elder son’s journey to university.

A farmer who grows rice, millet and sorghum on a six-acre farm in Central Burkina Faso, Sana says the money she earns from selling rice and from veg she grows on an irrigated communal plot has allowed her to fund her children’s education. 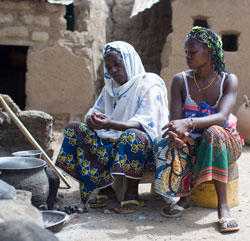 But it wasn’t always so, and in a country where women farmers often struggle to make ends meet, Sana says that she too has seen hard times.

For years she needed to supplement her farming income with money that her husband send home while he worked as a migrant labourer in neighbouring Ivory Coast.

“We had four children, but our two daughters became sick and died”, she says, through a translator.

Aged 43, Sana is now a grandmother to one year old Yulabri, her elder boy’s only son. She shares her home with her grandson and daughter-in-law, with her younger son Abdul (15) and husband Amadou, who returned for good from Ivory Coast to work on their farm, a few years ago.

Sana has participated in a series of farmer training projects supported by Gorta-Self Help Africa, and has received improved quality seed to help her increase her rice and cereal yields. But the big bonus has been her involvement in a 30-strong irrigated vegetable group that produces tomato, cabbage, onion and carrots on a plot they share close to Lioulougou village.

“The money I earn from selling vegetables pays his university fees and living expenses,” she says. “Otherwise, it would be too expensive for us.” The horticultural venture was started four years ago when Gorta-Self Help Africa supported the training of local women, and assisted with the cost of excavating a well, erecting a fence, and with vegetable seed for them to plant.

“Initially, we sold all of the produce. But we were encouraged to keep some for the family to vary our diets. We’re probably healthier now.” Sana Mamata is now planning to build a small roadside shop where she can trade soap and other goods, and increase her income further.

In Burkina Faso women farmers are marginalised and vulnerable, and are often denied land, training, and basic agricultural support. For this reason Gorta-Self Help Africa targets women for assistance throughout its work. 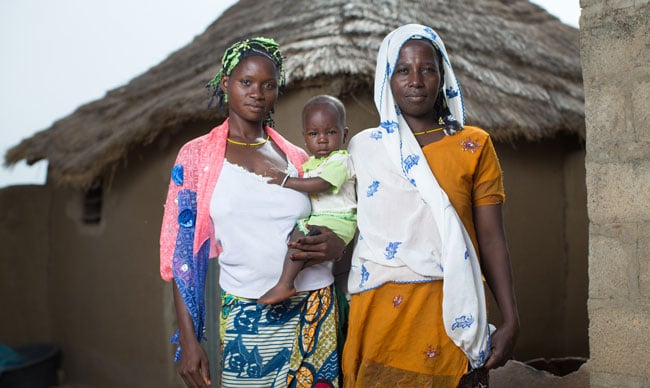