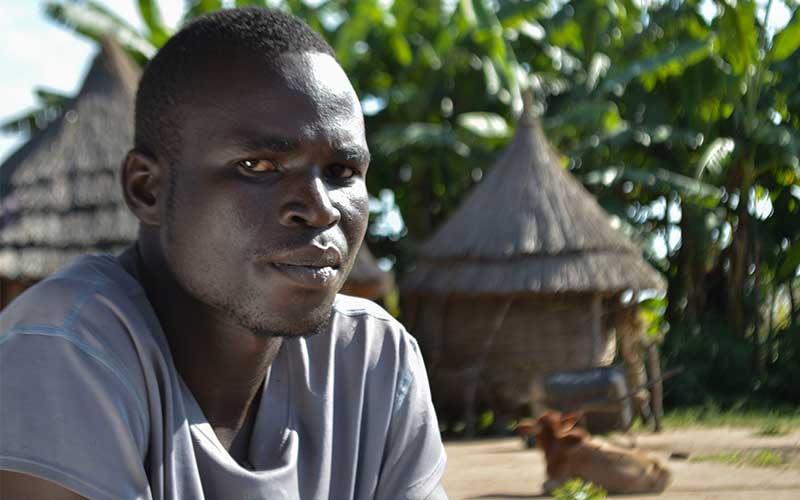 Francis, like many children soldiers, was forced to attack and loot villages, terrorising the population. One day, he managed to escape the mayhem when he became separated from his comrades during a gun-battle with government soldiers.

Although this happened more than 15 years ago, it is an experience that lives vividly in his memory to this day, and Francis admits that he has struggled to escape the shadow of that dark time.

The eldest in a family of three who were orphaned when their parents both fell ill and died within a short time of each other, 20 years ago, Francis says that he never really had a childhood.

Today, Francis lives in a compound with his married brother, sister-in-law, and their young family in Kapelebyong, in north-western Uganda.

He farms a small plot of land with his brother, and supplements his income by teaching at a nearby school.

Francis says that he struggles to make a living, and that they grow only maize and beans on their small farm. It barely sustains them going from one year to the next.

Francis Osenya recently began working with Self Help Africa, and attended a series of training activities that will support him to diversify his farming activities, and grow alternate, more commercial produce on his land.

“I want to make a success of my life. The past has been difficult, but I believe that it can be better in the future,” he says.