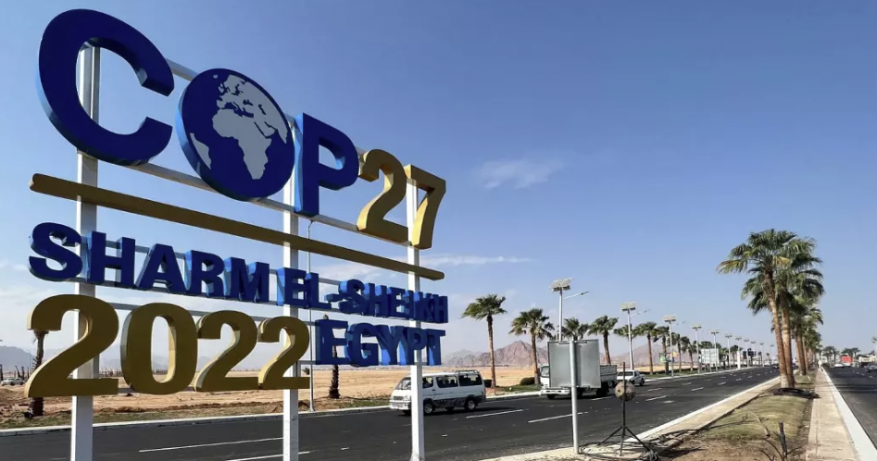 The COP27 UN climate talks in Egypt are the first time in six years that they have taken place on African soil.

This year’s event is being dubbed “The African COP,” and the Egypt presidency is set to spotlight the climate issues most relevant to African and other developing nations.

For the two weeks of the event we’re liaising with a Malawian journalist who is attending, and has been writing about the effects of changing climate in her country for the past 15 years. Here are her stories from COP27:

Central to this year’s COP will be the climate finance owed by the G20 countries to the developing world, alongside the delivery of finance for both climate change adaptation, and compensating countries for the loss and damage global warming will cause.

The impacts of climate change have been increasingly apparent across the world this year, and the long-running drought that has blighted Eastern Africa and has left more than 23m people facing grave food shortages is a grim illustration of what the future might hold, if we don’t agree to a global response to this crisis.

Africa is the least climate-resilient region of the world, and climate change is causing large scale migration, increasing risks of famine and adversely affecting economic activity across the region. Agriculture, which is the driver of much economic activity in sub-Saharan Africa, is inevitably in the crosshairs.

Supporting societies and economies in Africa to adapt to climate change will be central to COP27.

Some measures have been proposed, others agreed, to help mitigate the effects of global warming in the years ahead.

In their 2021 report on climate adaptation in Africa, the Global Centre for Adaptation (GCA) estimated that the costs of adaptation on the continent of Africa will total US$50 billion per year by 2050, even if global warming is kept beneath 2C.

Together with the African Development Bank (AfDB), the GCA is involved in the largest adaptation scheme in the world. The African Adaptation Acceleration Programme (AAAP), which includes a main fund to mobilise US$25 billion over the next five years, as well as a separate programme of financing for research and design which has to date raised US$25 billion, and is managed by the GCA.

Experts reckon that a great deal more than this is needed however to enable Africa to respond effectively to the climate crisis. It remains to be seen if world leaders will rise to the challenge at this year’s summit.

Over the coming fortnight we will be publishing a series of pieces relating to the African COP, and it’s impact on Africa’s ability to produce the food.