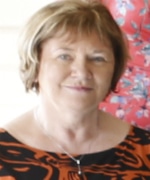 Carmel Fox is the former Chief Executive of Ballyhoura Development, the Local Development Company covering the geographic area of North East Cork and South and East Limerick, which manages and delivers a range of national and EU programmes.

The company develops place and citizen based initiatives which aim to diversify the economic base of the area and improve the quality of life of citizens; this also includes social enterprises and transnational initiatives.

One such initiative was Partners in Learning, which is a development approach that links a community in Ireland with a community in a developing country to share experiences and knowledge towards mutual gain.

Ballyhoura Development was the lead partner in an EU Commission Article 6 project to develop a model to harness rural capital to deal with the challenges of restructuring in the agriculture sector and the Agri-food sector.

Carmel was a member of Trocaire’s Programme Review Committee, of the Commission for the Economic Development of Rural Areas (CEDRA) and of the Teagasc Authority and has significant experience of local, social inclusion and rural development issues, including agriculture. 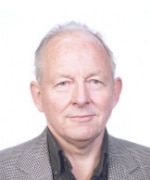 David's Profile
David Governey is an internationally experienced financial and operations professional, and a Chartered Accountant (1974).

During that period IFPRI’s annual revenues grew from $21M in 2001 to $160 M in 2014. Staff increased from 220 to 530 in the same period. David chaired IFPRI’s Committee on regional decentralization which resulted in IFPRI opening eight offices in Africa and Asia over a period of 12 years and taking over the operations of ISNAR a separate Dutch headquartered international development institution.

He also established IFPRI’s risk management strategy in 2005 guiding the institute as it entered an era of large multi-year programs. From January 1996 to September 2001, David was Director of Finance and Chief Operating Officer at the International Water Management Institute (IWMI) headquartered in Colombo, Sri Lanka. IWMI has program offices in Africa and Asia.

From June 1989 to January 1996, David was Director of Finance at the International Institute of Tropical Agriculture (IITA), headquartered in Nigeria with a mandate for agricultural research for development in sub Saharan Africa. Prior to embarking on his international career in 1989, David worked with Pricewaterhouse in Dublin as a senior manager. He also spent two years in Zambia with Peat Marwick Mitchell. He served as a nonexecutive Director of the Association of International Agricultural Research Centers ( AIARC) from 2007 to 2014. 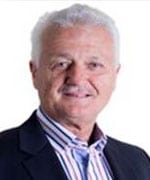 A native of County Wexford, Martin Ryan lived and worked in Africa for many years until his
retirement from business in 2017.
He co-founded the ATS Group, where he worked for 20 years, providing facilities management and catering services to the mining industry in Africa for 20 years, before selling the group in 2017.

In his earlier career Martin worked with the Ministry for Rural Development in Zambia. He has also
various senior positions in agri-business in Ireland, and has worked in the hospitality, timber and furniture sectors in Africa. At one time he was the owner of an Irish bar in Accra, the capital of Ghana.

A former member of the Council of Gorta, Martin Ryan was appointed to the Board of Directors of
Partner Africa in 2017. He will soon assume the role of chairman of Partner Africa.
Martin graduated from University College Dublin in 1970 with a B Agr. Sci (Hons) degree.
He is married to Esther and has six grandsons. 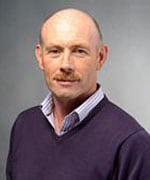 Jim has an excellent blend of agriculture, Africa, research and third level education experience and is well known to the organisation having previously served on the boards of SHDI and SHA. He is the Professor of Agricultural Extension and Rural Development and Head of the Agribusiness and Rural Development Section in the School of Agriculture and Food Science, University College Dublin.

Jim began his career as a volunteer humanitarian worker in Ethiopia and Somalia in the mid-1980s and later as an agricultural development worker in Tanzania and Kenya. On returning to Ireland in the early 1990s he completed his PhD on farm household decision making processes. Since joining UCD in 1995 he has lectured on: sustainable agriculture and rural development; communications; agricultural extension; social farming; project planning; and strategies for development. He took a sabbatical in 2001-3 and worked as Development Specialist with Irish Aid in Zambia.

His current research work encompasses rural livelihoods; agricultural extension and innovation; social farming; and social capital. As well as his teaching and administrative roles he supervises PhD and MSc studies related to knowledge transfer and on-farm innovation in agriculture. 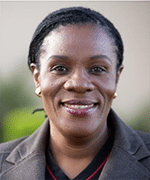 She is a Zambian national and has worked for over twenty-five in the private, state enterprises and non-governmental organisations at senior management level. She has worked extensively on rural agriculture, environmental, community development, and infrastructure development programmes in Zambia and across the continent.

Previously, she was the Country Director for Self Help Africa in Zambia, and was the organisation’s first woman CD.

Kalongo is a firm believer in the empowerment of women particularly in their role as custodians of food security at household level and agriculture in general. Her thesis from her master’s degree was subsequently published and she is the author of the book “Farming as a business: An examination of the gender perspective”.

In 2016, Kalongo Chitengi was nominated one of CEO Global Africa’s ‘Most Influential Women in Business and Government Awards’ for Southern Africa. 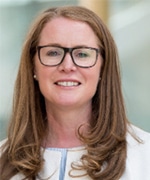 Sheila's Profile
Sheila Walsh is a member of the senior leadership team at Car Trawlers, and holds the position of Chief People Officer at the company. She is formerly the head of HR at Self Help Africa.
A hands-on and motivated HR professional, Sheila has a broad range of experience across many
sectors including; software, telco, publishing, healthcare and not-for-profit. She strongly believes that
the provision of meaning and purpose within the workplace results in engaged employees who live and
breathe the behaviours that support sustained business success.

Sheila holds a MBS in Business Practice from University College Cork, is an accredited Life Coach &
Lifeskills Consultant and is an associate member of CIPD.

Sheila currently sits on the Board of Self Help Africa UK.

Jim's Profile
With over 15 years of international experience in developing renewable energy businesses across Europe and the US, Jim Galvin is CEO and Director of Lakeview Energy, a biofuels manufacturing, commodities trading, agribusiness and wind energy company based in Chicago.

Jim currently holds a number of directorships in companies including its two bio-refineries, Three Rivers Energy in Ohio and Plymouth Energy in Iowa, and is a member of the US Grains Council Ethanol Advisory Team.

He is also a board member of the Marine Renewables Energy Association.
He previously worked with SWS (a diversified agriculture cooperative/energy business in Ireland) and was head of Flemming Energy, a wind and ethanol business in Ireland. 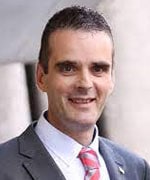 He has been involved in farming politics since the early 1990s and is a former President of Macra na Feirme, former Vice President of the European Young Farmers Association, and a member of the milk quota appeals board and the Farm Apprenticeship Board. He also served on the boards of Bord Bia, FBD Insurance and the Agricultural Trust. Joe was chairman of Athenry Co-Operative Livestock mart from1998-2004and served as Manager of the mart from 2004-2005.

Currently he serves on the European Economic and Social Committee in Brussels and is on the board of Gurteen Agricultural College.

He is also a former honorary president of IASTA (Association of Agricultural Science Teachers) and has served on the IFA Farm Business Committee.

Joe was Livestock Markets reporter for Farming Independent from 1999-2015. During his tenure as a President of the IFA, Joe visited Self Help Africa programmes in Africa together with our CEO. 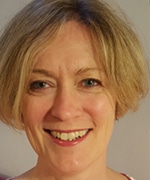 Catherine's Profile
Catherine Fitzgibbon is an independent consultant currently based in the UK after over 15 years working in the Horn of Africa region. She has worked for a wide range of clients including donors, World Bank, UN agencies and NGOs.

Catherine is also an adviser on disaster risk financing initiatives with the World Bank’s Finance and Markets Global Practice unit.

Prior to becoming a consultant Catherine was Programme Quality and Design Director at Save the
Children UK (Kenya) and as Head of Operations for Save the Children (Ethiopia).

She is a critical thinker with frontline experience of the issues facing poor communities in Africa.
Catherine has recently been appointed to the Board of Partner Africa. 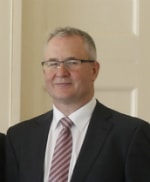 He graduated from UCD in 1984 with a B.Agr.Sc (Econ) and M.Agr. SC in 1986. More recently he completed an M.Sc. in Economic Policy Studies in Trinity College.

He has worked with Teagasc for 28 years in a variety of roles including farm management specialist, software development manager, business planning and corporate governance officer and as Assistant Director of Advisory Services.

Pat is a member of the Food Security Committee in Teagasc which aims to support agricultural development in developing countries. He has recently been involved in supporting Irish Aid initiatives to support Agricultural Knowledge Systems in Tanzania through the improvement of research, extension and farmer education systems.

He was involved in development projects to support the agricultural extension services in Poland and Hungary in the early nineties.

Self Help Africa’s work is overseen and supported by a number of sub-committees, including a Programmes & Advisory Committee, Audit & Finance Committee, and Fundraising & Communications Committee.  These committees are comprised of board representatives and external specialists with professional expertise,