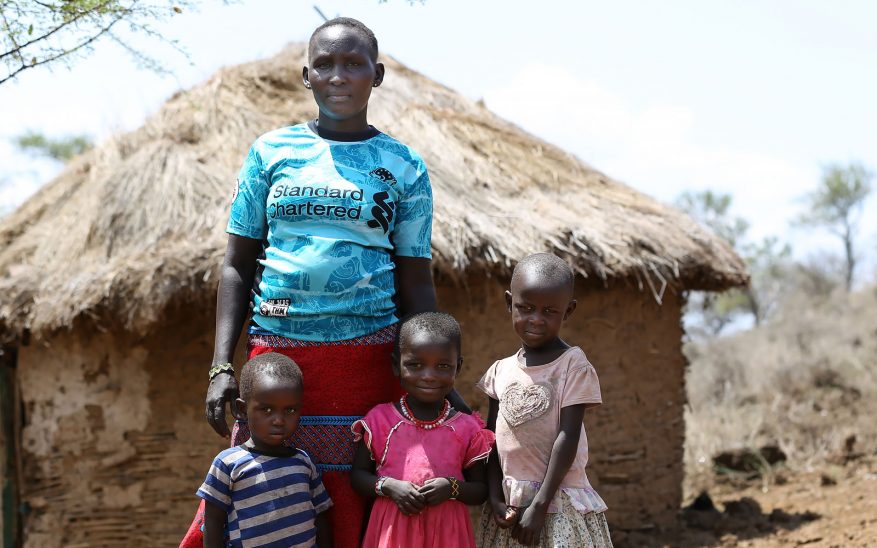 In Kenya’s hot, dry Rift Valley, farmers like Lina Loriet struggle to provide for their families in the face of a changing climate.

Lina’s plight, and that of 2,000 women in Baringo District who are on the frontline of climate change, are the subject of a BBC Radio 4 Appeal that will broadcast on the national airwaves on Sunday, 30th January.

While Lina supplements her meagre farming income by hauling jerry cans of water across long distances for her neighbours, she has also begun working with Self Help Africa to adapt how and what she farms, to maintain a foothold on the land and provide for her children.

TV presenter and environmental campaigner Liz Bonnin, who Irish viewers will recognise as former presenter of RTÈ’s Off The Rails, will tell Lina’s story, and describe how vulnerable women across sub-Saharan Africa are needing to adapt and transform how they farm, to survive in the face of a changing climate.

For much of her broadcasting career, Liz Bonnin has highlighted the plight of people and habitats under threat from global warming. It’s a subject that she cares passionately about, and one that she will talk about in the Radio 4 Appeal, on behalf of Self Help Africa.

To combat the effects of climate change, Lina has begun rearing improved breed goats that are bigger and stronger than local breeds and supplemented her livestock with poultry, that she is now rearing. She has also begun to grow millet and green gram, two nutritious, hardy food crops that are better able to withstand the heat and the dryness than the traditional staple, maize.

Each public donation of £60 will help to provide another family like Lina’s with an improved breed goat for breeding, a clutch of chicks, drought tolerant varieties of seed and training, so that they can survive in this changing environment.

Self Help Africa’s BBC Radio 4 Appeal will be broadcast at 07:54am and 9:25pm on Sunday 30th January and repeated at 3:27pm on Thursday 3rd February.

You can listen again or catch up online anytime during that week (30th January – 5th February 2022) at bbc.co.uk/radio4/appeal