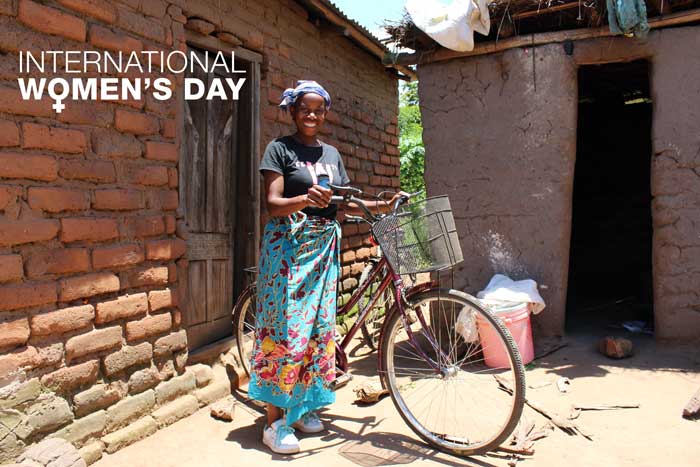 International Women’s Day (March 8) is a global day celebrating the social, economic, cultural and political achievements of women. The day also marks a call to action for accelerating gender parity.

At Self Help Africa we recognise the crucial role that women play in agriculture. They are the engine of development to end poverty, and we support them to realise their hopes and dreams.

On small farms across sub-Saharan Africa women not alone plough the land and plant the crops, they also weed, harvest, process and transport their goods to market – day after day and month after month. They do this while being mothers, carers and home-makers.

Join us in celebrating the unsung heroes of development today. Women like Alice, Jescah, Janet and Maimuna – women who are an example, and an inspiration to us all.

In 2019, African women farmers constitute more close to 54% of all of the people that Self Help Africa is working with.

International Women’s Day (IWD) has occurred for well over a century, with the first​ ​IWD gathering in 1911 supported by over a million people in Austria, Denmark, Germany and Switzerland. Prior to this the​ Socialist Party of America, United Kingdom’s Suffragists and Suffragettes, and further groups campaigned for women’s equality.