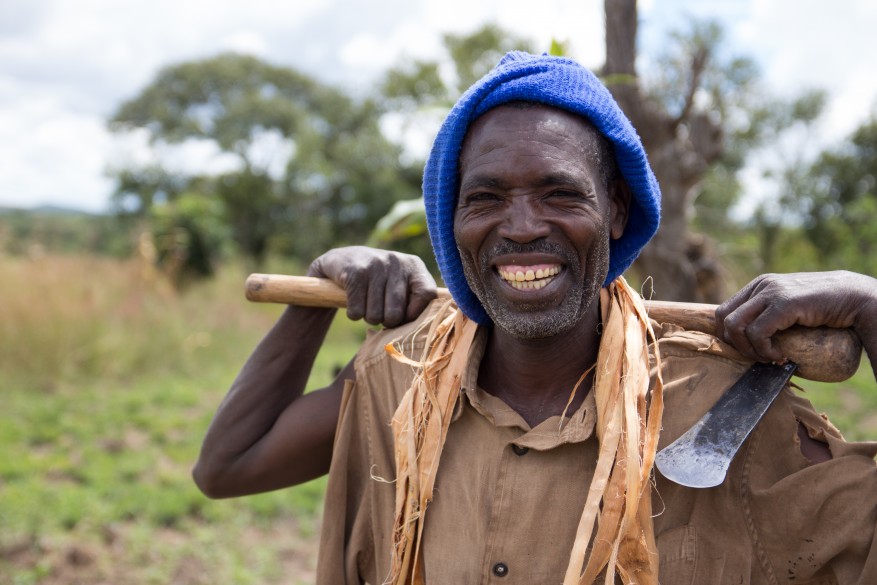 But it is in the near complete surfaced road – passing beside Nsunda, and linking the district’s main town, Mbala, with neighbouring Tanzania, -that Showthem sees the greatest potential for his own future.

[youtube https://www.youtube.com/watch?v=rArnAadszLM&w=640&h=540] Despite the progress that Showthem sees around him, he admits that life is still a struggle, and that it remains difficult to support his young family. “At present I can afford to send just one of my seven children to school,” he says.

Like many in Nsunda, Showthem battles regularly too with poor health – as he speaks he shakes with the fever of malaria that is a common visitor in his life. “I get sick maybe once every year. I have headaches, but even with fever I must go to my fields to work.”