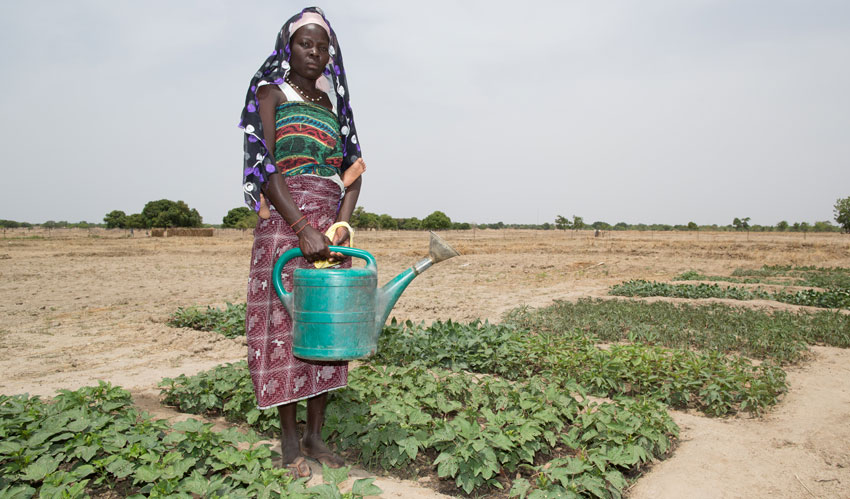 Heads of state from across the world agreed a deal in the lead up to Christmas that can combat climate change across the globe in the coming years.

The accord, that was signed at COP21 in Paris will attempt to limit the rise in global temperatures to less than 2C. It is the first pact that commits all countries to cut carbon emissions, is partly legally binding, and comes not a minute too soon.

With the World Meteorological Organisation reporting in November last that the past five years have been the warmest on record, 2015 was the hottest year since the collection of data began.

COP21 can galvanise action and solidarity amongst states to reduce carbon emissions and support efforts to help vulnerable regions of the world to adapt to the long-term impacts of climate change.  The deal applies to rich and poor countries alike, and requires all signatories to put forward  pledges to cut their emissions by 2020.

Amongst the most vulnerable are the belt of countries below the Sahara Desert, where the impacts of global warming are already being felt.  Unless we successfully tackle this worldwide challenge then the development progress that has allowed us to lift one billion people out of extreme poverty in the 20 years period to 2010 is at risk.

Such climate extremes will push millions of households into extreme poverty and hunger, as yields of traditional staple foods – maize, wheat and sorghum -diminish.  As a result, the amount of food available per person could drop by more than 15%.

Self Help Africa is supporting rural farming communities across sub-Saharan Africa to adapt to, and cope with the effects of climate change. This work is having an impact, with early yielding and drought tolerant crop varieties,  ‘climate smart’ farming techniques that help to keep moisture in the soil, and activities such as agro-forestry all having a positive effect.

During 2015, Self Help Africa worked in a number of regions where the direct effects of climate change are being felt today.

In Ethiopia, the United Nations is warning that up to 15 million people in the country are at risk of food shortages because of the failure of successive seasonal rains, while similar problems are being blamed for crop failures which could place up to two million people in jeopardy in Malawi.

Meanwhile, in Northern Zambia a deluge of rain during the early part of the year was being blamed for crops rotting in the field.

At COP21 our political leaders agreed an historic climate change deal.  It is incumbent on us all to play our part in reducing out own waste and emissions, the principal causes of global warming, in the months and years to come.