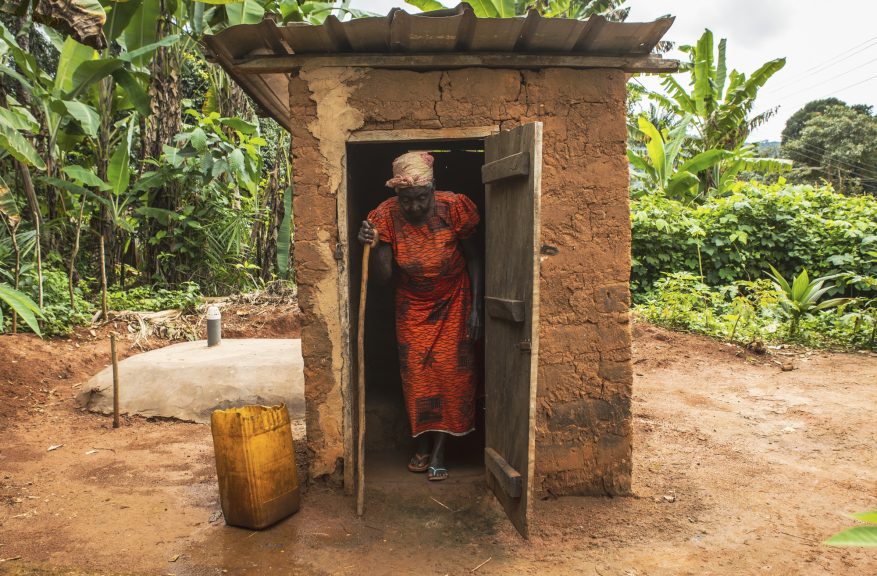 World Toilet Day 2022 takes place on 19 November under the theme of ‘making the invisible visible.’

Every year, World Toilet Day celebrates toilets and aims to raise awareness of the 3.6 billion people worldwide living without access to them. This year’s event focuses particularly on the impact of the sanitation crisis on groundwater.

Poor sanitation systems spread faeces into waterways – a problem that is often invisible because it happens underground and in the poorest and most marginalised communities.

Clean groundwater supports drinking water, sanitation systems, farming, industry and ecosystems. As the impacts of climate change become ever more apparent, we are increasingly reliant on groundwater  for our survival, so protecting it from human waste is crucial. Sustainable Development Goal 6, water and sanitation for all by 2030, aims to achieve just that.

Alongside our partner, United Purpose, we have worked with local communities to support the construction of one million toilets. But it’s not simply about building latrines. We take a people-centred and creative approach to behaviour change in water, sanitation and hygiene (WASH). This includes ‘community-led total sanitation’ – an approach that aims to ignite a change in sanitation behaviour by facilitating communities to identify and solve their own sanitation problems.

Our creative approach to behaviour change communication includes using sports, music and ICT to convey messages. For example, we used sport to engage children in WASH issues in our tennis programme in economically-deprived communities in Kenya and use netball in Malawi, and we developed a toolkit that uses play sessions to convey WASH messages in schools here too.

At the heart of all of our WASH programmes is a commitment to ensure changes in behaviour are sustainable and any increase in demand for better latrines and hygiene, for example, can be met. For this reason, we are helping strengthen local sanitation and hygiene markets and working with private sector service providers as well as local governments to build their capacity to achieve Sustainable Development Goal 6.2 – the world’s promise to ensure safe toilets for all by 2030.

But we must speed up. Unless the world moves four times faster, it won’t meet this target. Time is running out to make the invisible visible.