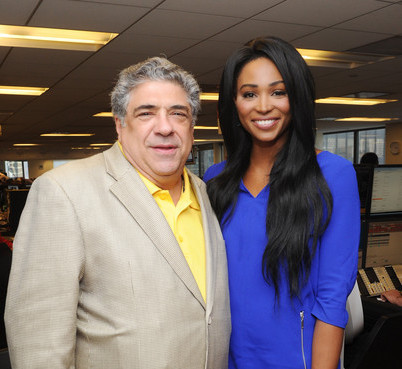 It’s some years since larger than life TV mafioso Vincent ‘Big Pussy’ Pastore thrilled audiences as a star of hit series ‘The Sopranos’.   He was back in the limelight for Self Help Africa recently when he joined former Miss USA Nana Meriwether to take part in New York’s 9/11 charity day organized by Wall Street’s BGC Associates.

On September 11, 2001, BGC Partners lost close to 700 employees in the World Trade Centre attacks. BGC Charity Day is held to commemorate those lost, and attracts scores of stars and celebrities to do their bit for charity each year.

The high-profile pair were joined by former baseball pro and sports commentator Al Leither on the trading floor for Self Help Africa on the charity day. Our representatives did hundreds of thousands of dollars of trades, and raised tens of thousands of euro to support our work.