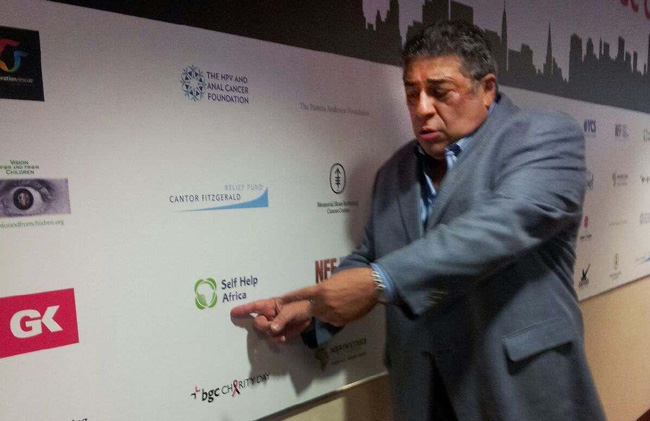 Self Help Africa’s US team have some serious muscle in their corner, to paraphrase the hit American TV show.

And Sopranos star Big Pussy Bonpensiero (actor Vincent Pastore) brought all that influence to bear when he traded several multi-million dollar deals and raised thousands of $$ for our work in Africa during this week’s BGC Charity Day – an event held annually to commemorate those at the trading house (formerly a part of Cantor Fitzgerald) who died during the 9/11 attacks on the World Trade Center.

It was the second year for the Sopranos hit-man to lend us his support, with Vincent’s “don’t make me come down there” refrain to traders making him a huge fund-raising success at the event again.

With the support of some of the top names in the entertainment business, BGC raised more than $12m for charity at their 9/11 commemoration event this year.

Self Help Africa is delighted to have been invited to participate as a beneficiary charity once more. US Development Director Martha Hourican said that the occasion was a huge success, and that Vincent Pastore, supporting us for the second year, had great fun ‘strong-arming traders’ to make their deals during the morning. 100% of the commission from trades made on Charity Day will go to the selected charities.