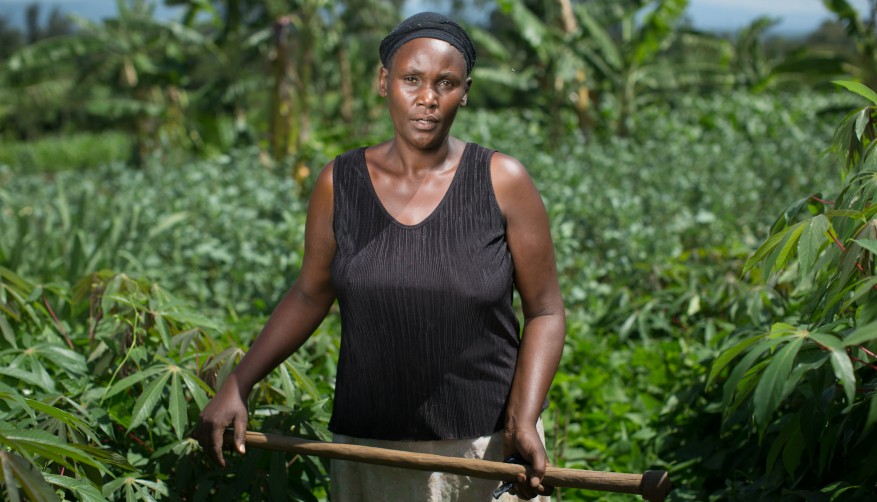 Low energy, illness, vulnerability to disease and social stigma are amongst the many challenges endured by rural households living with HIV/AIDS in Africa.

Self Help Africa has been working in Nakuru County Kenya over the past four years to address this distinct challenge, and has so far delivered major benefits to over 1,500 farming households. 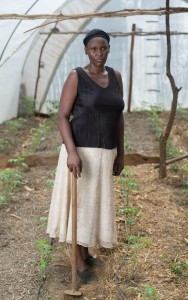 47-year-old Julia Gitari is one householder who has benefitted from the project. The mother of a young family, Julia says that she is now growing a wide variety of food and income generating produce on her farm, where she has also started rearing chickens, sheep and a small number of local breed cows.

Alongside over 100 households in her community, Julia was given a polytunnel greenhouse, drip-irrigation units, training and other support when she began receiving support, in 2013. The equipment reduces the amount of time and labour she has to spend both weeding and irrigating her crops.

She says that her family’s diet has improved beyond all measure, and she now grows crops such as onion, potato, tomato, cassava, banana and other fruit alongside her maize (corn). The sale of fruit and vegetables is enabling her to earn €350 a year ($KE35,000) from her land.

Julia says that she has lifted her self out of poverty as a result of the backing she has received, and explains that while her general health, as a person with HIV/AIDS has improved, what has also improved is the attitude of others towards her family.

“I feel proud that I can now afford to send my children to school, and people in the community respect this too,” she says.

“People living with HIV/AIDS are now more accepted in the village. Although we might not be able to do the same amount of farm-work as others, the fact that we are farming our own land and supporting our own families has been empowering,” she added.