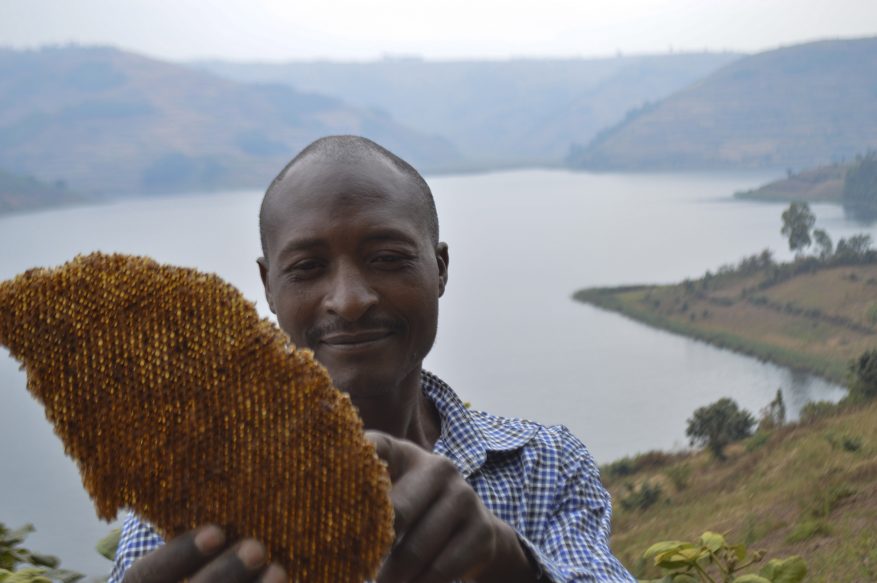 The adverse impact of human activity and climate change on one of Uganda’s most popular natural amenities provided the impetus for an innovative conservation project that has created over 500 ‘green enterprises’ in the country’s south-west.

Backed by the European Union and Irish Aid, ‘Striking a Balance’ has seen community groups, indigenous tribes people and local government collaborate to restore, rehabilitate and legislate to protect Lake Bunyonyi in a manner that recognises the need for local communities to earn a living.

Tree planting, terracing, check dams and other measures have been introduced along the steep mountain slopes that fringe one of Uganda’s most popular visitor attractions, situated close to the UNESCO World Heritage-listed Bwindi Impenetrable Forest.

Villagers along the lakeshore have been joined by government agencies to create Natural Resource Management Committees who have led the effort. Trenches, dams, terraces, trees and restorative grasses have been planted to halt floodwater from sweeping soil and pollutants into the lake. Indigenous Batwa tribes people, displaced from Bwindi Forest, have been involved in the effort.

Alternate ‘green enterprise’ businesses, including fruit tree growing, mushroom cultivation and processing, beekeeping, sheep rearing, local basketry and crafts have been established, while hillside farmers have been encouraged to plant grasses as fodder, and new food crops including sweet potato to both improve local diets and protect the soils.

40-year-old Jackson Mugathara (pictured) has planted passion fruit trees and beans on the small hillside farm where he also keeps 17 beehives, which provide him with his main source of income. “Changing climate has made life more difficult, but we’re adapting,” he says.