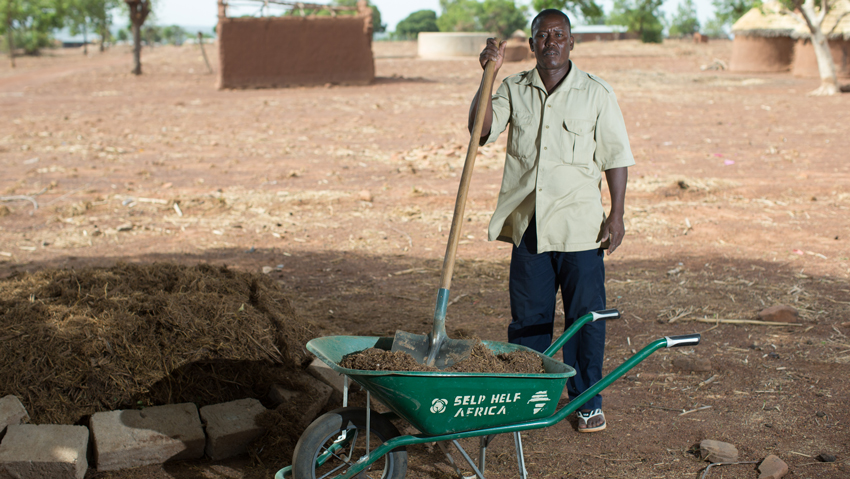 An agricultural project to increase food production and consumption of important food crops for rural poor households in a hot and arid region of West Africa is set to begin in 2016.

The two-year project will seek to increase productivity of two important cereals produced in the region – sorghum and pearl millet – while also undertaking research on how to encourage greater local consumption of these crops. The project is supported by a grant to Context Global Development from the Bill & Melinda Gates Foundation.

Self Help Africa will undertake the project’s work in Burkina Faso, while other partners will focus on activities in neighboring Mali and Nigeria.

The two-year programme will seek to encourage increased planting of sorghum and pearl millet in the region, and look at steps that can be taken to overcome constraints that currently discourage rural poor farmers from planting the two crops. The majority of households in the Sahel zones of West Africa rely on sorghum and/or pearl millet for their food production, yet crop yields remain stubbornly low, as much as 54% lower than other African countries.

The scheme is being implemented by Self Help Africa in collaboration with US-based Context Global Development (CGD) and with three other sub-grantee partners, and will see $4 million being invested in the work in 2016 and 2017. Three quarters of a million dollars will be invested in Self Help Africa’s work in Burkina Faso.

Self Help Africa CEO Ray Jordan described the West African project as ‘extremely important’, as it is the organisation’s first opportunity to partner in a development project with the Gates Foundation.

“The Bill & Melinda Gates Foundation is supporting some of the most innovative and exciting agricultural development projects in Africa, and is deeply committed to the continent,” he said. “As an organisation that has spent 50 years working with small-scale farmers to end hunger and poverty in the region, we are thrilled to have the opportunity to work with the Gates Foundation,” he said.
[youtube https://www.youtube.com/watch?v=QSXwhYE_NcQ&w=560&h=450]