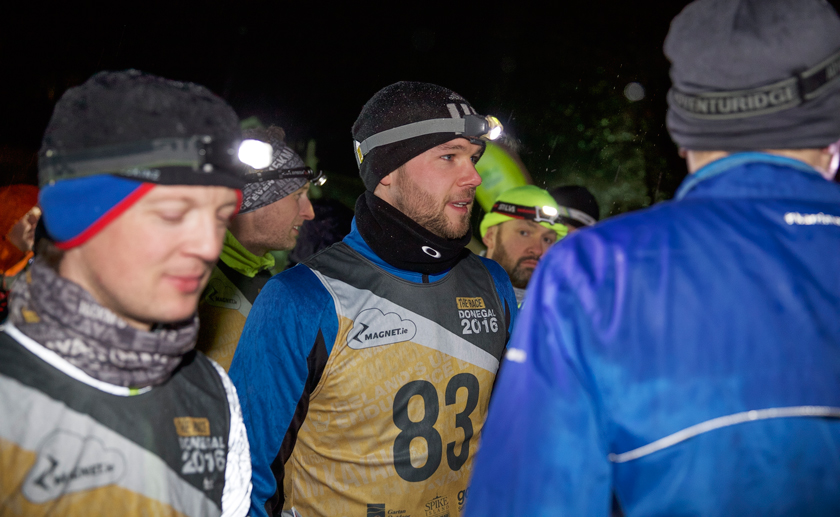 It has established itself as one of Europe’s toughest endurance events, and will take place once more to benefit Self Help Africa.

More than 100 of the world’s most durable sports men and women will convene in Ireland’s north-west in early March for the fourth staging of ‘The Race,’ a 24-hour running, hill-scrambling, kayaking and cycling ultra-marathon that tests the mettle of the very fittest and strongest.

Organised  as a yearly benefit for Self Help Africa, the upcoming event is set to be the biggest race yet, and is expected to raise in excess of €50,000 for the cause.

Some of the best known ultra-runners, tri-athletes and iron men from the UK and Ireland will be joined for the 2017 event by competitors from as far afield as the United States, Canada, France and Poland.

Covering a 250km course to be completed within a 24-hours time limit, this year’s participants will be required to complete an 180km cycle, 65km of running and 15k of kayaking on the roads and rugged countryside and coastline of North Donegal.

“It gets inside your skin and becomes a part of who you are. During The Race you overcome obstacles that would have you turning for home on any other day,” said distance runner Paul Tierney of his efforts in 2016.

Event organiser David Burns said that the 2017 event would be their largest ever and that, this year, close to 10% of the field would be made up of female competitors. “We have been growing the event steadily, and 2017 will be the latest steps in that regard,” he said.

The Race 2017 will take place from Glenveigh National Park in Donegal on the weekend of 10th -12th March next. To find out more visit: www.therace.ie