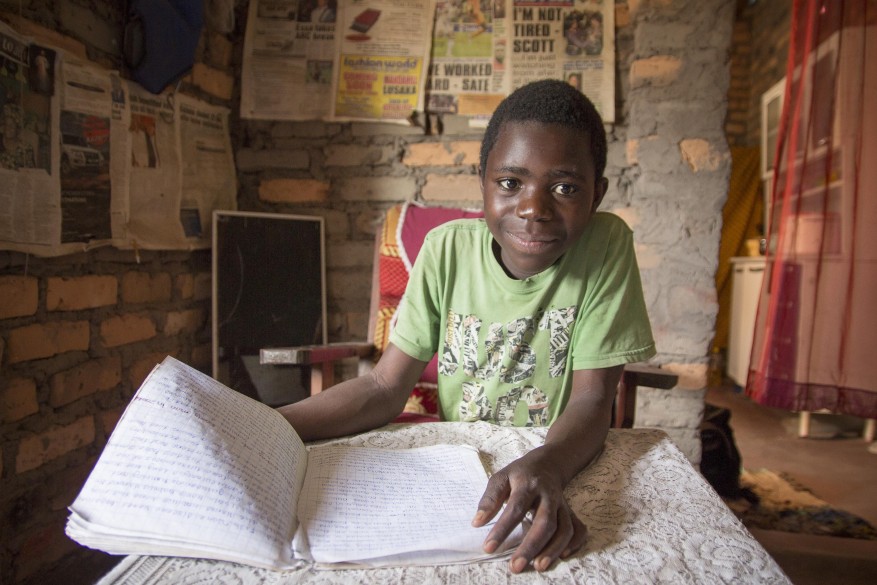 For Stephen Linga, education is not something that he takes for granted. He spends three hours every day walking there and back to school.

“The thing that would make me most upset is if school was taken away from me. I have nothing more valuable than being able to go to school” he says.

Stephen is 14 years old, and lives in the remote Malela village – population 270 – in Northern Province, Zambia.

When a family has enough to eat, the benefits go far beyond health and nutrition, and Stephen’s experience is a perfect example. His family own a small farm in Malela, and received groundnuts and goats from Self Help Africa as part of their work in the area.

This enabled them to increase their crop yield and diversity, and Stephen now eats twice, rather than just once per day. His school results have improved significantly.

In the past, Stephen worried that his parents wouldn’t be able to pay for his school fees. Because they are now producing more on the farm, he’s optimistic that he’ll finish his education.

But like many his age, Stephen’s not sure what he will do in the future. At different times he has thought about being a priest, at others, he has wanted to join the army. Whatever the future holds, it’s now looking much brighter for Stephen.