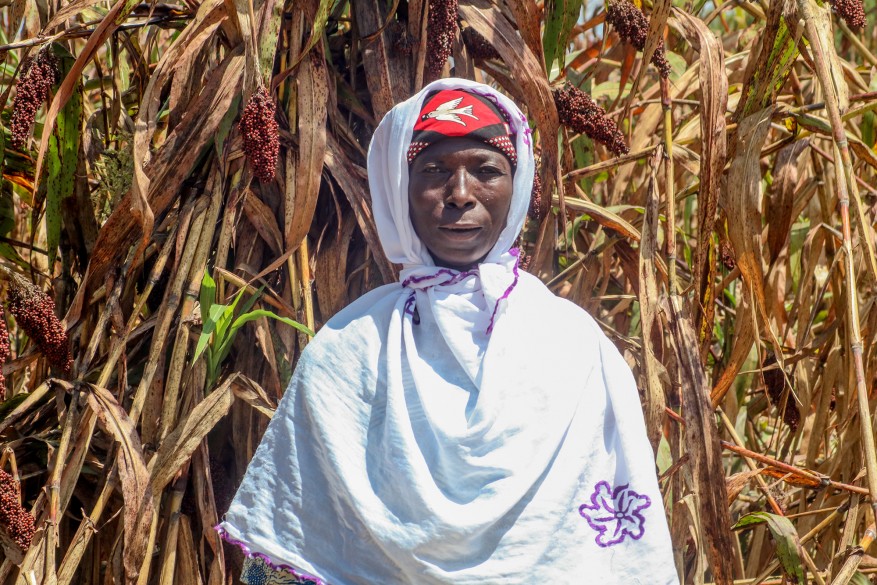 “The land was tired,” says Limata Sana as she surveys the small farm that surrounds her home in Balgo village on Burkina Faso’s hot, dry central plateau.

“My ancestors used this land and I am now using it,” she explains. Like many small-scale farmers in West Africa, Limata says that they depend on their fields to produce food for her five children and five grandchildren. “I cannot afford to let it rest.”

Deteriorating soil quality resulted in diminishing yields for the 46-year-old grandmother of five, who grows millet, rice and beans on her three and a half acre plot.

Construction of a large compost pit and the production of her own natural fertiliser has enabled Limata to increase her yields dramatically.

This year she grew ten bags of millet on land that previously yielded just four, while her bean harvest increased ten-fold as a result of the improved soil. Her production of rice also dramatically increased, as she harvested more than 20 bags of grain compared to four bags in the past.

Her family’s diet improved as a consequence. Still, Limata doesn’t produce enough food to support the household for a full year. In most years, they have to ration what they eat and have up to four months when their food stocks are completely gone.

Limata confesses that, in the past, she was forced to sell her animals – cows and sheep – to buy food in order to supplement her poor harvest:

“In the past, when we had problems, we were forced to sell our animals, even if we didn’t want to. Now we can find other ways to solve our problems,” she explains.

Yet, changing climate presents a new challenge for small-scale farmers like Limata: “As a farmer my main worry is rain. When the rainy season starts, I always ask myself ‘will rain last the whole season?’”

But there is hope, says Limata. All of her grandchildren are attending school and, with education, she believes they will have better opportunities in the future. “Some may choose a life in farming, but if they have been to school they will also be able to look for other jobs,” she says. “That is why learning is so important.”