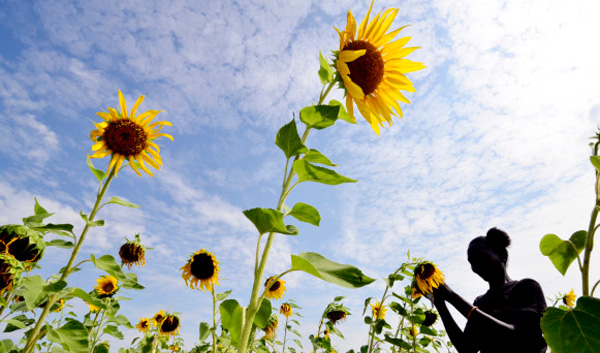 For 63 year old widow Christine Chipeta from Sendela village in Zambia’s Eastern Province, the ten acres farm she inherited from her husband was too difficult to cultivate with the hand tools she had available.

Indeed, before she became involved with a farmers commodity group established with support from Self Help Africa, Christine estimates that she was only using as little as 10% of her land to plant food. As a member of the commodity group Christine began commercial production of sunflower, and she hasn’t looked back.

A member of Sendela Farmers’ Group, she received training in crop production, conservation farming techniques and in marketing of her crop.

She planted sunflower on a hectare (2.5 acres of land approx) and in her first season harvested 30 bags (900 kg), from which 204 litres of raw cooking oil was extracted. 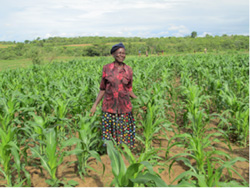 This, she sold for almost €240 (£200). This year, Christine used a part of her income to hire labour and help her to prepare more of her land for cultivation.

She bought and planted good quality maize seed on a part of her holding, bought 50 kg of fertiliser, and combined it with kraal organic manure to improve the soil. Christine Chipeta’s sunflower growers are one of a wide range of commodity groups being supported by Self Help Africa’s local partners in Zambia’s Eastern Province.

In total over 4,500 households are being supported by a scheme which is supporting poor farmers to develop new means of earning a living for their families.