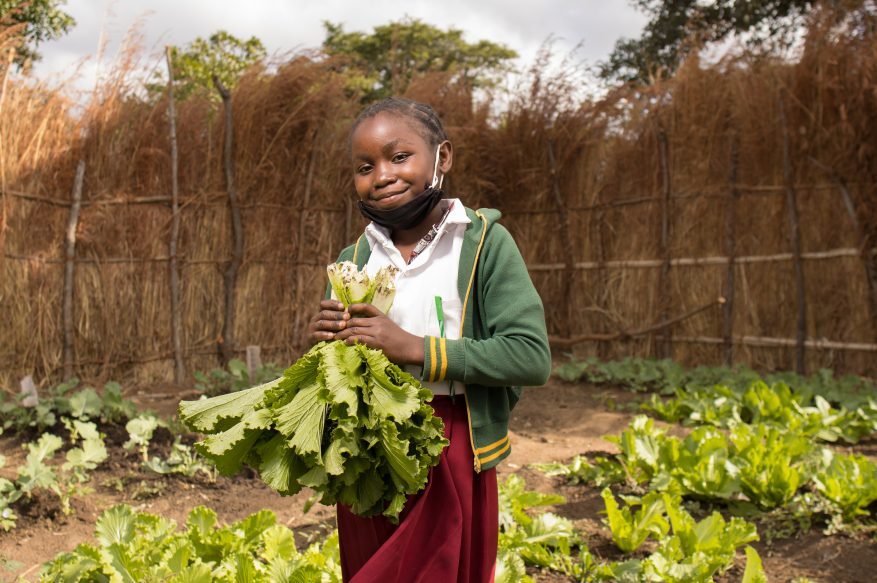 International Youth Day is an awareness day recognised by the UN and celebrated annually on August 12th since 2000.

The aim of the event is to highlight issues faced by young people globally and celebrate their resilience. This year’s theme is particularly relevant; “Transforming Food Systems: Youth Innovation for Human and Planetary Health.”

The global movement to protect the planet and feed its inhabitants in a sustainable way cannot happen without the participation of young people so getting young African’s on board is vital.  Almost 60% of Africa’s population is under the age of 25, making it the world’s youngest continent. In sub-Saharan Africa youth account for almost 200 million people.

Many young people in rural areas see little future for themselves on the farms that their parents and grand-parents have worked for decades with limited opportunities to make an income. We have worked to change that and over the last four years Self Help Africa worked with young people in Uganda to help them become agri-entrepreneurs.

The project supported young people to become productive farmers, initiate employment and drive small enterprise development in their local communities, in the Western region of the country.

This has given thousands of young farmers belief that there is a future for them in this industry. Long term investment for rural workers is key to reducing poverty and improving food systems.