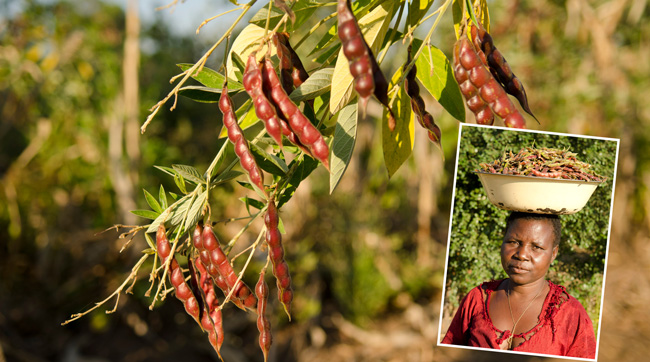 ‘When I wake up I go to my fields,” says Barbara Chintino. “I have always been a farmer, and I always will’, says the 47 year old farm householder from Balaka district in southern Malawi.

Barbara and her husband Patrick are farmers with a difference.  Alongside growing cassava and maize on their small farm  at Chindikiti village, they produce pigeon pea seed, which they recently harvested and sold, earning 69,000 Malawi Kwacha (€120).

Barbara and Patrick were amongst 300 farm families who have been trained as producers of certifiable local seed, in a farm enterprise development project supported by Self Help Africa in Balaka.

Pigeon pea was introduced to the project because it can grow on marginal (poor quality) land, and is a valuable nitrogen fixer that can assist in the rehabilitation of depleted local soil.

Varieties of pigeon pea are also valuable to households in areas where rains are unpredictable because of changing climate, because it requires a shorter growing season.

A total of nearly 3,000 farm households will benefit from the local availability of good quality community-produced seed of alternate crops such as pigeon pea.

Self Help Africa marks 30 years working with farming familes like Barbara and Patrick Chintino, in 2014.  Read more about Self Help Africa’s work on DISCOVER, a project that is helping families across Malawi adapt and mitigate the effects of climate change.