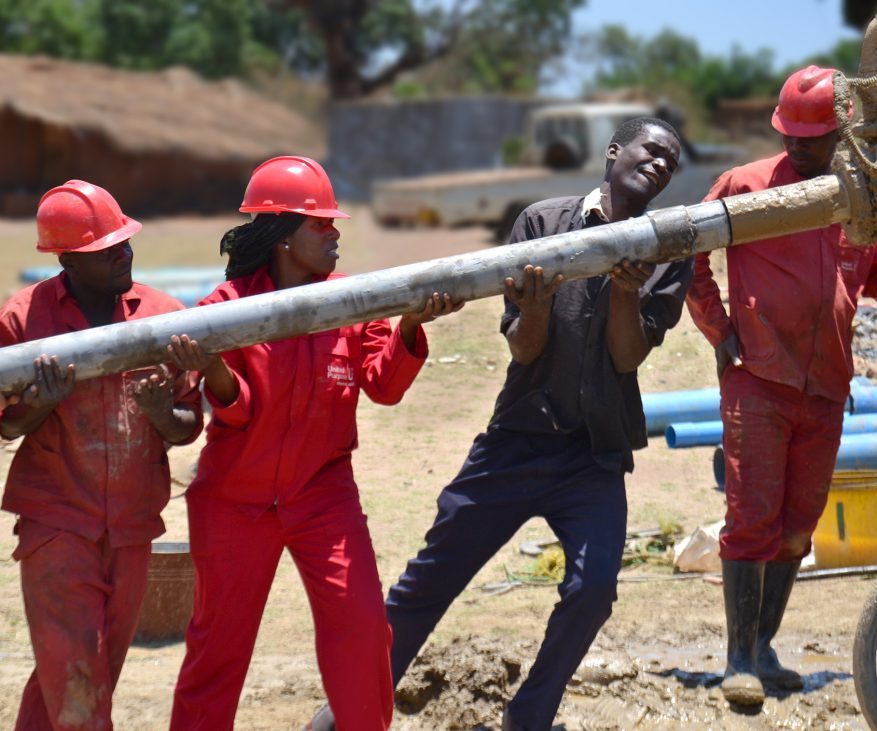 As the drilling rig coughs into life and starts its work, sinking pipes into the ground, the excitement among the onlookers is palpable.

Hours later, when the first gush of water emerges from the new well, the cheers of the watching community – most of them women – almost drown out the steady thrum of the diesel powered rig.

Such a sound never fail to delight Uchizi Chirambo, a woman in the man’s world of heavy engineering. As one of the coordinators of a United Purpose and Self Help Africa project that’s drilling wells to bring clean water to communities in Malawi, Uchizi is a familiar face on drilling work being undertaken as part of the Dowa Integrated Water, Sanitation and Hygiene (DI WASH) project.

As a woman, she recognises too the transformational impact of bringing safe, clean water to the lives of women and girls in rural Malawi.

“It delights me to see rural women, children and communities in hard-to-reach areas accessing clean and safe water,” says Uchizi, as her team complete their latest drilling assignment, at Kalumba village in Dowa District.

As a result of this scheme, 520 villagers will have access to clean, safe water, and women and girls will be spared endless hours of back-breaking work, hefting heavy jerry cans of water from a spring several kilometres away.

The DI WASH Project is Dowa is supported by charity : water, the US organisation that backs projects that bring safe, clean drinking water to communities across the globe. This year, DI WASH will drill 87 new boreholes and rehabilitate 43 partially functional water, and deliver clean water to over 40,000 people.

Uchizi Chirambo hopes that her involvement will have another impact too, and speaks of her desire to inspire young girls in Malawi to themselves consider technical careers in industries such as engineering. “I have shown that it is possible for a woman to thrive in what is predominantly a man’s world,” she says. Uchizi hopes that others will follow her example.