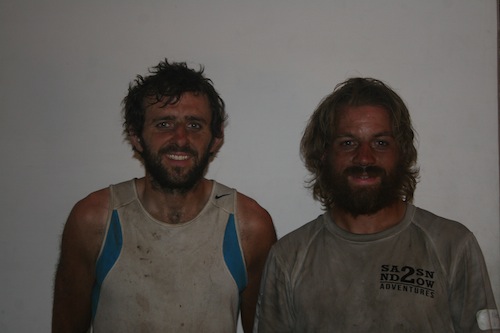 Fresh from their gruelling ten-months overland charity challenge half way around the globe and the boys behind Sand2Snow Adventures were back on their bikes (literally), plotting an extraordinary endurance event that will bring some of the world’s toughest athletes together, next Spring.

Athletes from the UK, United States, mainland Europe and Ireland will compete in ‘The Race’, which is being organised by Maghnus Collins Smyth and David Burns as a charity event for Self Help Africa.

Meanwhile, David and Maghnus’s overland adventure on the Silk Road to Shanghai is to be the subject of an hour-long television documentary that will screen on Irish TV and on BBC regional networks this Autumn.