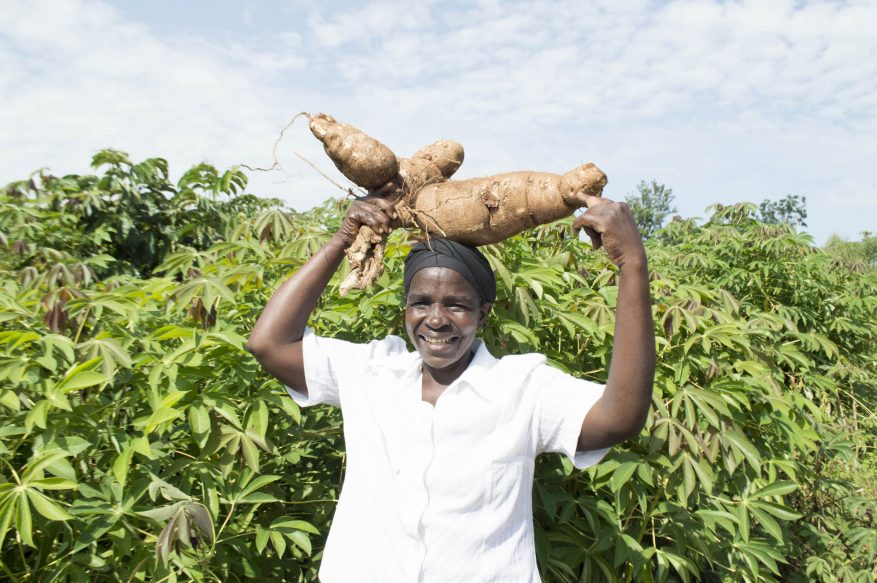 Self Help Africa is playing a lead role in a major national campaign to promote greater household consumption and farm production of a number of ‘poor man’s crops’ in Kenya.

The country’s first ‘National Root and Tuber Crops Development Strategy 2019-2022’ was launched this month, and is seeking to support greater production and consumption in the country of key drought tolerant crops including cassava, sweet potato and Irish potato.

Resilient to changing weather, the crops have the potential to improve the living standards for millions of Kenyans, by substantially reducing the number of people affected by hunger and poverty, the new report states.

“Roots and tubers have been neglected in Kenya for many years, and are regarded as ‘poor man’s crops’ compared to the more popular maize,” explains George Okeyo, Self Help Africa’s Kenya Head of Programmes.

Tuber crops such as Irish potato are yielding under one-third of their potential on farms across the country, he added.

The National Root and Tuber Strategy is an initiative of the Government of Kenya, but is being supported by the European Union, and by organisation’s like Self Help Africa, who are currently implementing a major project in the West of the country that is seeking to support both the production and the market potential of cassava amongst close to 30,000 households in the region.

Compared to neighbouring countries such as Uganda and Nigeria, food security in Kenya remains a significant problem – one that’s likely to worsen in the coming years with an ever increasing population, and the effects of a changing climate. To combat this, Kenya’s government have produced the country’s first ever National Root and Tuber Crops Development Strategy 2019-2022, in an effort to increase food availability.

“This Strategy is a road map for the sector as a whole, as it addresses issues related to productivity, market access, financial and credit access, and identifies opportunities at each of these levels,” George Okeyo said.