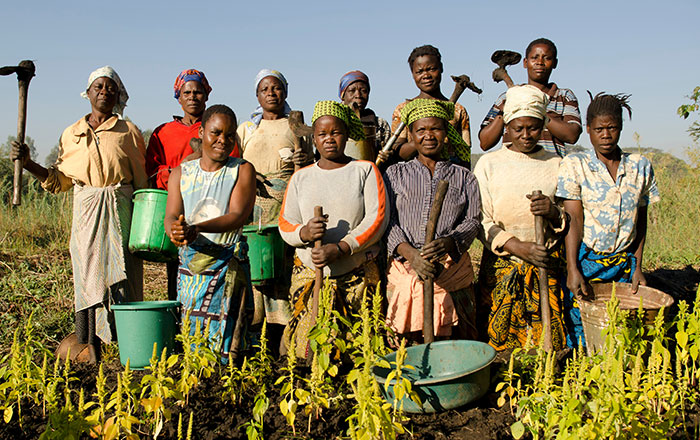 The 2014 report reinforces Self Help Africa’s belief that small-scale farming communities are the key to ending hunger and poverty in the region.

Calling for a ‘uniquely African green revolution’ that adapts lessons provided by Asia to Africa’s conditions, the APP say that there is ‘no alternative’ to a strengthened focus on agriculture.

“Africa is a region of smallholder farmers. Some people mistakenly see that as a source of weakness and inefficiency. We see it as a strength and potential source of growth,” the report’s authors state.

In the absence of investment and support for the creation of a flourishing agricultural sector, “the majority of Africans will be cut adrift from the rising tide of prosperity,” the APP’s annual report warns.

Welcoming the publication, Self Help Africa CEO Ray Jordan said that it was encouraging that the Africa Progress Panel has placed such emphasis on the importance of agricultural development. “From our own experiences we know that small-scale farmers are vital. Most people in sub-Saharan Africa live on small-farms, and most of these farms have the potential to grow much more and drive economic development” he stated.

Chaired by Kofi Annan, the ten-member Africa Progress Panel advocates at the highest levels for equitable and sustainable development in Africa. Amongst the other members of the APP are Graca Machel, widow of Nelson Mandala, and Irish anti-poverty campaigner Bob Geldof.

Our view – Self Help Africa comment on APP Report