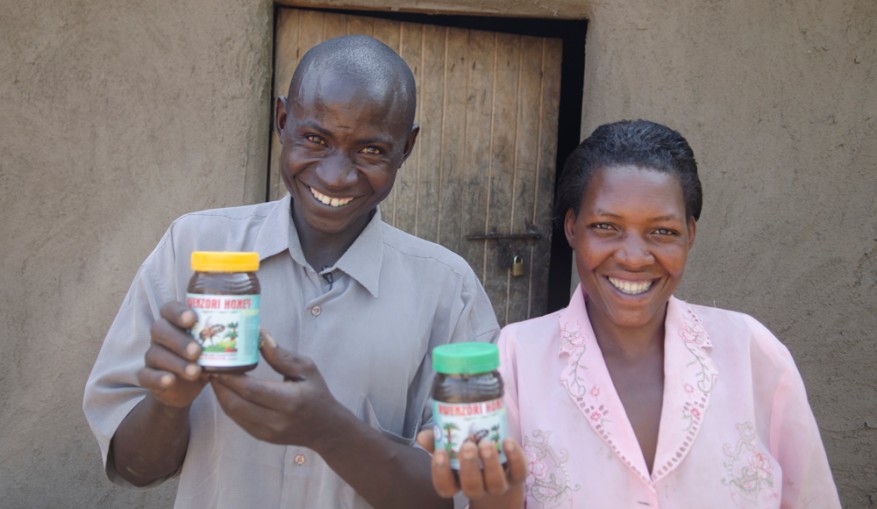 Ugandan husband and wife, Evalyne and Tito Safari, say that beekeeping is about team work.

For two years they have been keeping bees in Kamwenge, Uganda, using the income that they earn from the honey they harvest from their six wooden hives to supplement the income earned from their small farm. 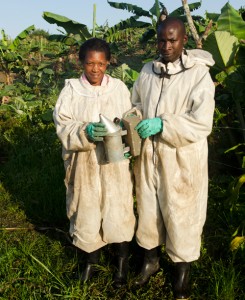 Evalyne and Tito in their beekeeping suits

The parents of four young children, Evalyne says that it is still a struggle making ends meet, and the costs associated with rearing a young family mean that they have to work hard just to get by.

Tito, who worked formerly as a ‘boda-boda’ (motorbike taxi) driver to earn a living says that when he returned to the land, he never thought he would find himself working with bees. ‘I remember being chased and stung when I was a child. I grew up afraid of them,’ he says.

The couple attended a local training course organised by Self Help Africa, and as members of a local producer group received equipment – including hives, smokers and beekeeping suits – to help them to manage their hives. They have also been supported with a range of fruit trees and other plants, which provide forage for their bees, and also help to diversify the range of food they are producing on their farm.

‘We work as a team. It’s much easier,’ says Evalyne. ‘To put on the bee suits on your own is difficult, and to harvest honey is also difficult if you don’t have help,’ she says. Tito has overcome his initial fears – ‘We have been stung so many times I don’t even think about it anymore,’ he jokes. 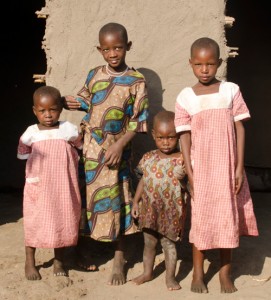 The couple have hopes and dreams for the future. As their colonies become more established, honey production is increasing. ‘Beekeeping will give us the money that we need to send all of our children to school. To improve our farm and the family diet, Tito wants to buy a cow when we can afford it,’ she adds.

‘In five years we hope to have a good house made of bricks. I also want my children to be at school. If that happens we will have a lot to thank our bees for,’ Evelyne states. 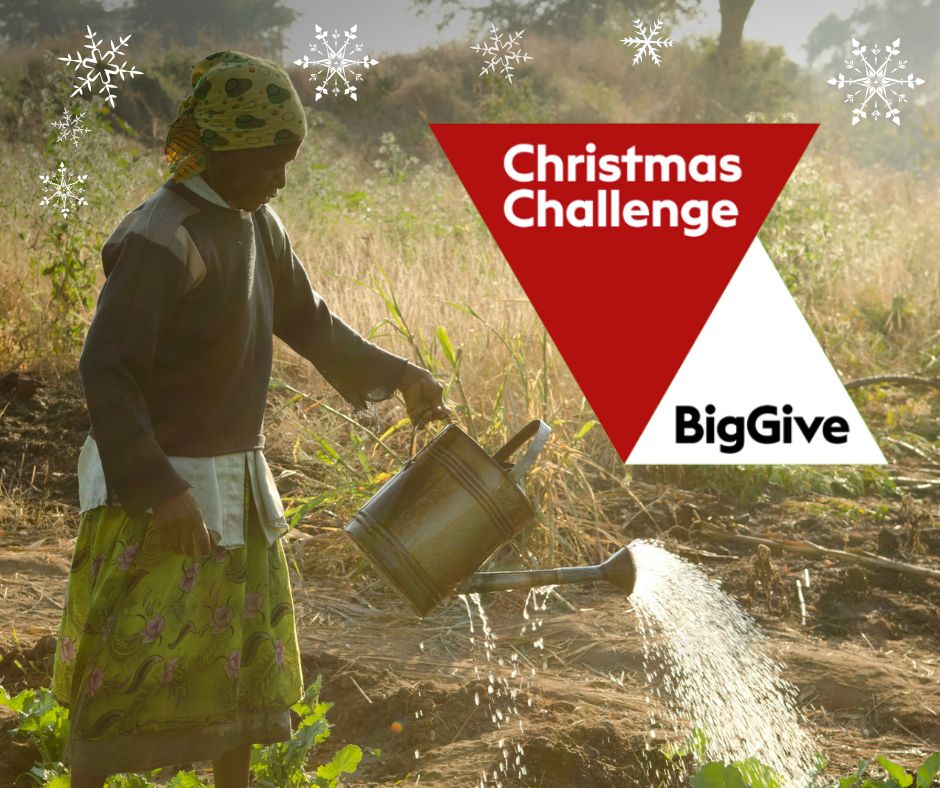