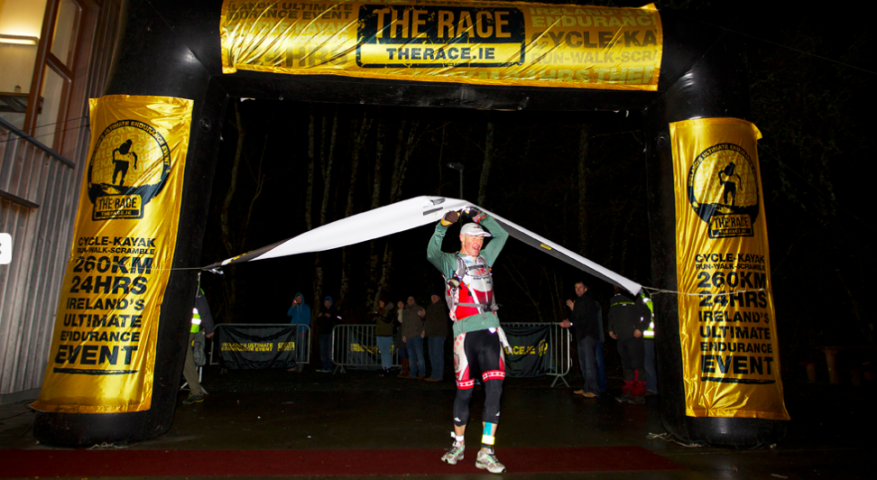 It’s amongst the toughest of endurance challenges, and it will test some of the fittest, strongest, hardest, and most single-minded sports men and women to the limit, in Ireland’s far north, this weekend.

‘The Race’ certainly isn’t for the faint-hearted!

An unsupported endurance event that includes 250km of running, rafting and cycling across the rugged landscape of North-West Donegal, ‘The Race’ is designed to push its 100 strong field to the limit, and it’s got to be completed within 24-hours.

Competitors will start from the picturesque Glenveigh National Park at the crack of dawn on Saturday morning, 11th March. Over the following day and night they will be asked to complete 64km of road and trail running, 15km of kayaking, 166km of cycling and 5km of mountain running.

This year’s field includes athletes from the USA, UK and from across Europe, alongside some of the best known endurance athletes in Ireland. Based on previous races, the organisers expect that less than two-thirds of participants will complete the challenge.

Established as a charity fundraiser for  Help Africa, the 2017 edition of ‘The Race’ is expected to raise more than €70,000 for the cause.

The event is the creation of endurance competitors David Burns and Maghnus Collins, who established the event shortly after they had completed their own epic trans-global challenge, a run, raft and cycle that took them across the ancient Silk Roads from Istanbul to Shanghai, and took more than ten months to complete. They raised tens of thousands of euro to support the work of Self Help Africa with that effort.

To find out more about this year’s ‘The Race’ visit www.therace.ie for more information.