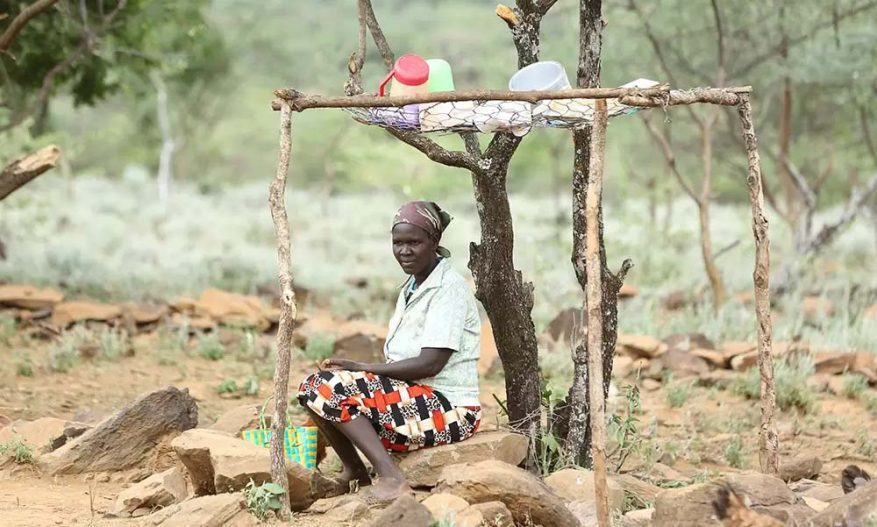 The Horn of Africa is in the midst of a catastrophic hunger crisis, owing to the worst drought in a generation. A desperate situation for millions of people is being made worse by the effects of the war in Ukraine, and the ongoing economic impact of the Covid-19 pandemic.

The consequences are devastating. More than 23 million people – that’s 4.6 times the population of Ireland – are now experiencing extreme hunger in Ethiopia, Somalia and Kenya. This is an increase of over 10 million people from 2021.

The worst drought in a generation for the Horn of Africa

The severe drought conditions being experienced in eastern Africa – especially in Kenya, Ethiopia and Somalia in the Horn of Africa, are the worst for a generation. And it’s far from over. The most recent March-May 2022 rainy season is reported to have been the driest on record.

Although drought is common in this region, the global climate crisis has led to droughts becoming more frequent and severe. This makes it ever more difficult for affected communities to recover.

Drought puts a stop to crop production, kills livestock and depletes fishing waters. All of these factors have a severe impact on food security. As a result, one person is likely dying every 48 seconds in the region. Around 18.4 million people are now waking up hungry in Kenya, Ethiopia and Somalia alone. This number is expected to rise to 20 million by September. Children are especially vulnerable, with 5.7 million children severely malnourished.

Other devastating consequences of the current drought include:

The ongoing war in Ukraine has taken up much of the world’s attention. Indeed, many people are unaware of the desperate situation unfolding in eastern Africa, because of the conflict in Europe.

The UN Secretary-General António Guterres recently expressed fears that Ukraine-related food shortages could “tip tens of millions of people over the edge into food insecurity,” bringing “malnutrition, mass hunger and famine” that could last for years.” Guterres went on to lament that the Ukraine war is seriously hampering efforts to fight hunger in Africa.

Before the war, 90% of wheat in East Africa was imported from Ukraine and Russia. Spiralling food, fuel and fertiliser prices have left the people of  East Africa amongst those worst affected by the global food shortages and price inflation,  triggered by the war.

The UN and other international agencies such as Self Help Africa, are also being hampered in efforts to save lives, with the price of emergency food aid skyrocketing. Prices are up to 30% higher than in pre-pandemic times. Furthermore, the World Food Programme buys around half of the wheat it distributes to the world’s poorest people,  from Ukraine.

The war in Ukraine has underlined the need to strengthen grain production in Africa, to reduce the reliance on imports. However, this is next to impossible in a climate of consistent drought and failed rains. You can read more about the impact of the war in Ukraine on Africa here.

What does the future hold?

Unfortunately, the situation for tens of millions of people in the Horn of Africa and beyond, is looking very bleak indeed without urgent funding and action.

Like the climate crisis, and many of the injustices in the world, it is the world’s poorest people who will be hardest hit.

Self Help Africa has joined with other Irish development charities to call for urgent political action in Ireland on the severe hunger situation facing people in the Horn of Africa.

A report from the Global Network Against Food Crises – a joint UN and EU initiative – recently stated “If more is not done to support rural communities, the scale of the devastation in terms of hunger and lost livelihoods will be appalling. Urgent humanitarian action is needed on a massive scale to prevent that happening.

What is Self Help Africa doing?

Self Help Africa is working with local partners to help families on both a short term and longer-term basis. We’re providing emergency supplies and vouchers to help families buy the essentials for survival. Longer-term, we’re also ensuring farmers have access to drought-tolerant seed for the next planting season.

Our priority now is to respond to communities and families most at risk. And you can be part of the solution. Together, we can protect families from the worst effects of the drought, and access essential food for their families now and in the future.

Please donate if you can