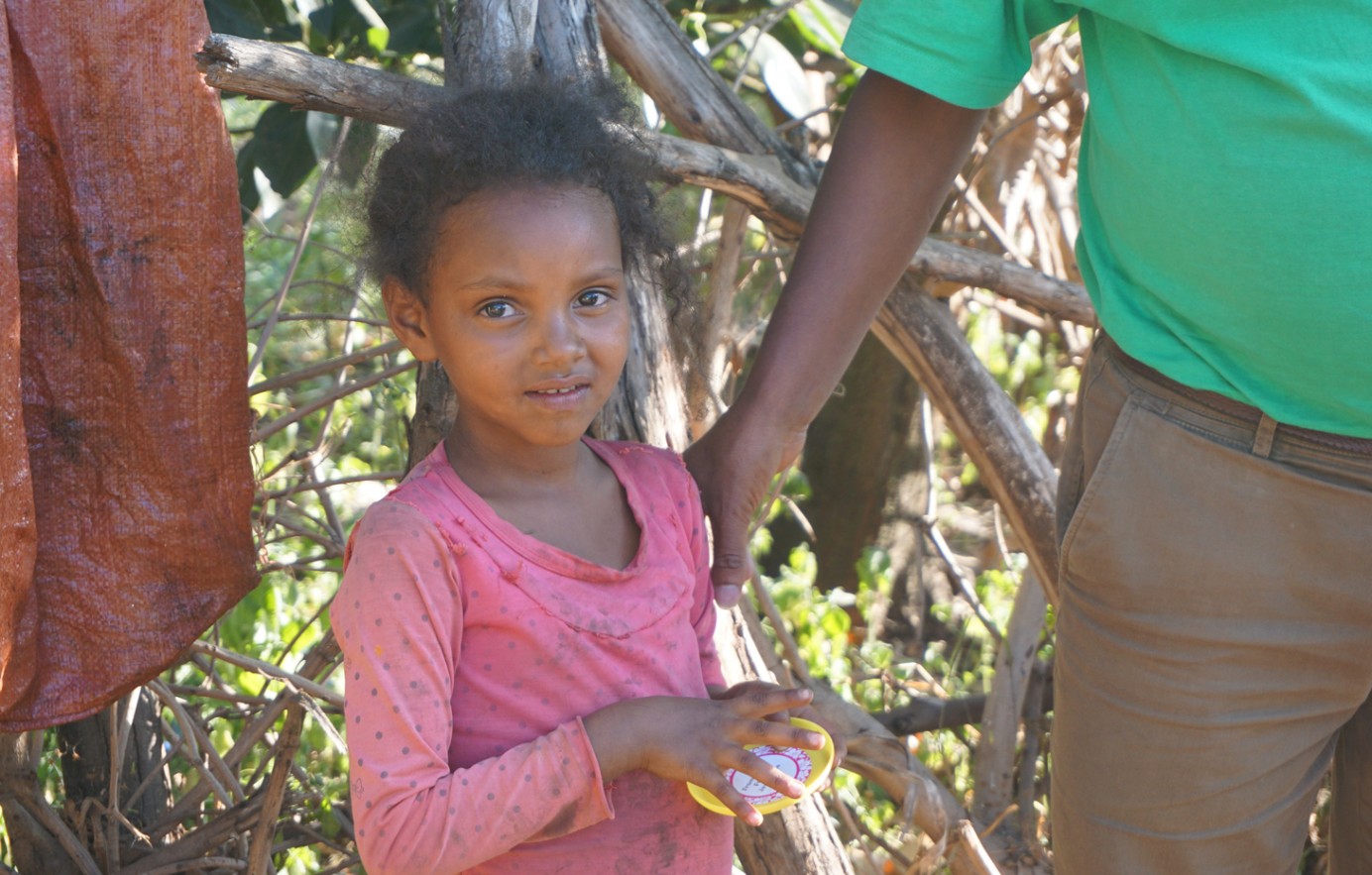 AND HOPE FOR THE FUTURE

It was on the third day that it happened. From that day on she would forever be my beacon. As she stood there, beautifully ignorant of her charm, her big brown eyes sparkled brilliantly… She smiled at me as I approached. Her courage captivated me. 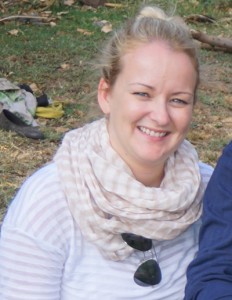 We had already met a number of families on our trip to Ethiopia. There were many more to come but this five-year-old girl immediately became the symbol of my trip. In an instant she personified my reason for being there. She will forevermore be the reason I’m involved in this organization.

We were at her home to meet her father. He told us how he had become involved in Self Help Africa’s local SACCO… a savings and credit co-operative. He had initially borrowed enough money to buy a cow to help feed his family. Seven years later, after a number of other loans and a clean repayment sheet, he is now an entrepreneur. His minibus travels the road to Addis Ababa from Butajira, south of the Ethiopian capital each day, providing a public transport service.

I didn’t know what to expect before I reached Ethiopia. Three days in, it keeps surprising me. It’s a place of stunning beauty. It’s also a place that represents all that is wrong in this world. In 72 hours, it has allowed me to feel selfish elation, in the knowledge that I’m now a tiny part of the effort to right these wrongs. It has also made me despise our western tendencies to ignore these wrongs, something I did subconsciously for a very long time. This little girl changed that forever.

My eyes stung and I felt the tears creep in as I watched her carry out her chores methodically. I don’t really know why I felt like crying. I still don’t. Part of it, I suspect, is sadness… knowing that her father has worked day in, day out for the past ten years, building his empire and still her bare skin shows through her torn sweater. It could be overwhelming hope, knowing that without Self Help Africa she probably wouldn’t have had a sweater at all. Realistically, it’s a mixture of both, knowing that next week I’ll be back at my comfy desk in my lofty apartment in Boston and she’ll still be smiling cheekily, oblivious to anything but her tough existence.

She moves grain methodically from the mat at the front of her house as her father tells us that they’re now more than self sufficient, they have a sound existence, he has a great business, that they eat good meals and the children are nourished.

She moves quickly and out of habit, carefully collecting the dried grains and pouring them into the tin tray being held by her 9 year-old brother who looks nervously from me to her as he tries to avoid eye contact.

The healthy appearance of these children makes a change from the pasty, malnourished faces of the children we met 24 hours prior to that. They’re not lucky enough to be involved in Self Help Africa’s efforts.

We came across these children as we visited projects at the beginning of the Self Help Africa program cycle. In an area north of Addis Ababa we witnessed fields which a year ago facilitated the growth of wheat with little value. 12 months later, with training and improved seed and resources, the difference in the quality of crop is undeniable. Two fields on either side of a dirt road illustrates this successfully. The visual comparison between old and new is striking. 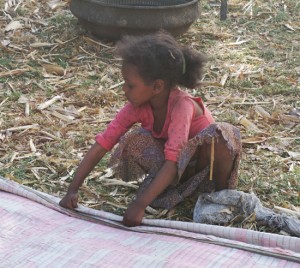 We spoke with farmers there who are working with Self Help Africa to ensure that their families eat every day. We met a 23-year-old farmer who, having taken advantage of the improved seed Self Help Africa had to offer, doubled his produce and is now selling his surplus to his neighbor. It’s a far cry from a global enterprise but it’s a step in the right direction.

Two hours south of Addis Ababa we witnessed Self Help Africa’s work five years on from their inception there. We visited SACCOs where bookkeepers worked with computers. We saw a presentation put together on a laptop and displayed using a projector. We saw evidence of 100% growth of the SACCO within a year. Five years ago these borrowers could barely eat.

A success story of course but celebration is cut short as children walk past outside in their bare feet. A reminder that such a victory is a small one.

As I sit at my desk in my hotel room, the sun is setting and I’m lost in the sounds and smells of Butajira. I’m distracted by the sounds of children playing, laughing and singing outside. Stepping out on my balcony, I see a small group of children gathered at a decrepit dwelling below. Their dress is tattered, their faces dirty.

They chase each other, screaming and shouting joyously, lost in their own world. They’re taking advantage of what they have, not lamenting over what they don’t. This to me is Ethiopia.