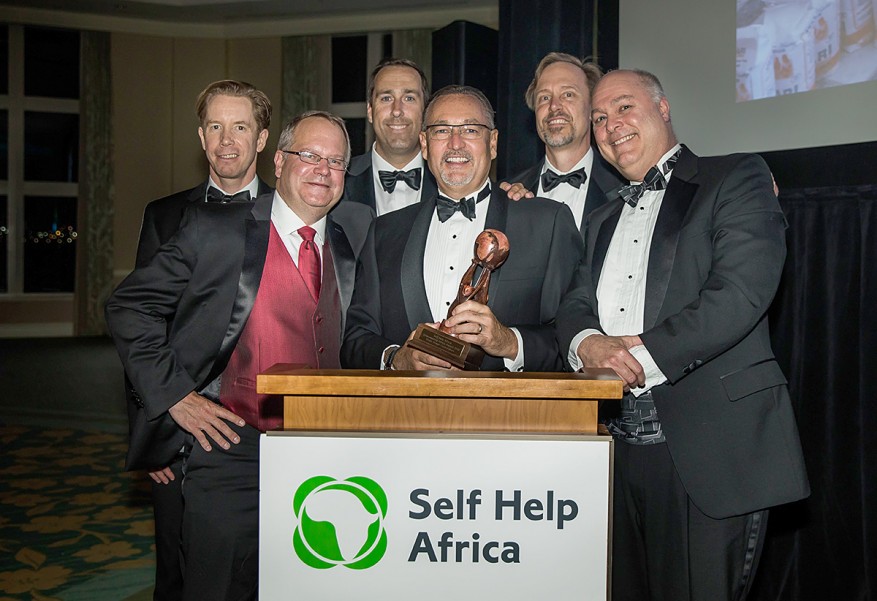 As an organization that promotes economic development across Africa, Self Help Africa has honored State Street Corporation for its work on the continent.

Self Help Africa’s programs focus on increasing the profitability of the agricultural sector in East, Southern and West Africa, and will this year reach over 2.8 million people, mainly smallholder farmers and their families.

At the organization’s annual Change Maker’s Ball in Boston on May 11th, it presented the 2018 Empowering Africa Award to State Street Corporation for its work promoting the use of fuel-efficient cook stoves in Kenya and Uganda.

“State Street is providing global leadership in this area,” said Self Help Africa’s Director of Development, James Kelly. “We know that the smallholder farmers we’re working with across Africa are struggling with climate change, and yet their carbon footprint is tiny. We live in an increasingly global economy, but very often the benefits of that interconnected world economy don’t flow to its poorest peoples. To see a global business giant such as State Street stepping up to play an active role in combatting climate change is really so heartening.”

As part of its commitment to reduce its global carbon footprint, State Street Corporation purchases carbon offsets from two cook stove projects in East Africa. These projects allow it to both claim a negative net carbon impact from its global business travel but also to support the empowerment of women and protect local environments.

We’re very proud of this program and its impact on rural communities, “said Mark McDivitt, head of ESG Solutions for State Street Global Exchange.  “These efficient and affordable stoves burn less fuel and reduce the amount of black carbon produced, producing cleaner and hotter energy with much less smoke. So there’s a carbon benefit, an environmental benefit and also a health benefit as women and children – who are most often involved in cooking the family meals – are less exposed to harmful smoke.”

As an internationally-recognized leader in rural Africa’s economic development, Self Help Africa is delighted to acknowledge the leadership of State Street Corporation in this vital activity which will impact the lives of tens of thousands of people in East Africa this year.