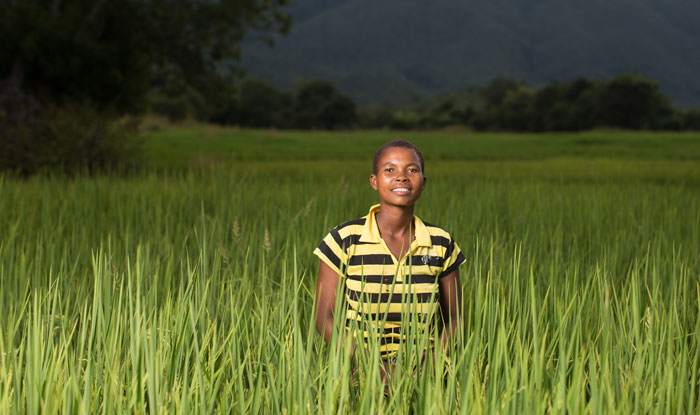 Malidadi Chilongo was 15 when she met her future husband. He was married, and she was to be his second wife.

Now 27, and a mother of four, Malidadi admits that at first she was nervous to enter into such a relationship. But such marriages are common in Northern Malawi, and when she moved to Kaphika village, she says that she was nervous, but also looking forward to a new life. 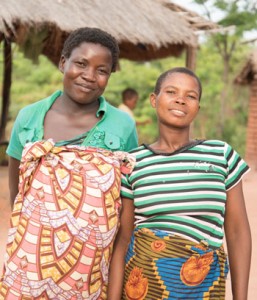 “It was my decision to marry, not my parents. When I met my husband we fell in love. I am close friends too with his first wife.”

Supported by Self Help Africa to grow upland rice and other new crops on a small parcel of land that she farms for her young household, Malidadi says that her yields have been good, and the income she earns has allowed her to do things for her children.

“I am also a member of a village savings and loans group, and have borrowed money to generate extra income. I buy dried fish that I sell in the village. Today, I have goats, as well as hens and other poultry.”

Malidadi says that she was born into poverty; her family had very little when she was growing up, and that as a result she only attended school for a very short time. “I can’t read or write. My children can though. I am sending them to school.”

Malidadi Chilonga says that she would like to go back to school at some point in the future, but wouldn’t dream of it now. “I couldn’t go to school with my children. Everyone would laugh at me,” she says. “Perhaps in the future. Maybe I would go to school if there was a class for mothers like me.”