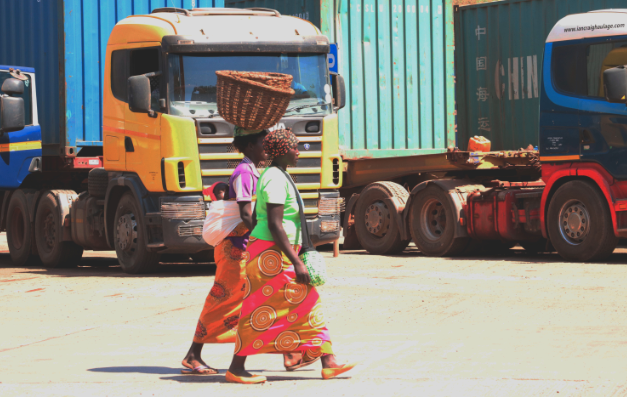 Africa’s land borders can be busy, chaotic and, for the many thousands of women who operate as small-scale cross-border traders, dangerous.

In East Africa, Self Help Africa’s social enterprise subsidiary Partner Africa has been working with 2,000 of these operators, providing women along four of Burundi’s borders with the skills and the organisation that they need to overcome the challenges and hazards that they face.

Land borders in Africa play a significant role in local economies. But there is huge potential to increase cross border trade. Small-scale women traders play a large part in this commerce, both as porters and traders – selling everything from textiles and cosmetics to fruit, vegetables and fish.

The new Partner Africa initiative is organising women involved in trade at four of the busiest land borders between Burundi and neighbouring Democratic Republic of Congo and Rwanda, helping them to avert incidents of bribery, coercion, sexual harassment and theft that are commonplace and to increase their prosperity by removing those barriers to increased trade and incomes.

The project is organising small-scale women traders into groups and cooperatives, is raising awareness amongst traders of their rights, and is also undertaking training and awareness raising activities for border officials, who are often vulnerable to corruption. The objective is to make it easier and more lucrative to develop cross border trade for women increasing incomes and helping to reduce poverty.

In a second phase of the programme, Partner Africa is currently developing a new ICT platform that is designed to provide cross border with real time commodity pricing via mobile phone SMS services, so that they have up to date information and can trade more effectively between countries.

The cross-border project is backed by the Belgian Government through the non profit implementing partners Trademark East Africa (TMEA).