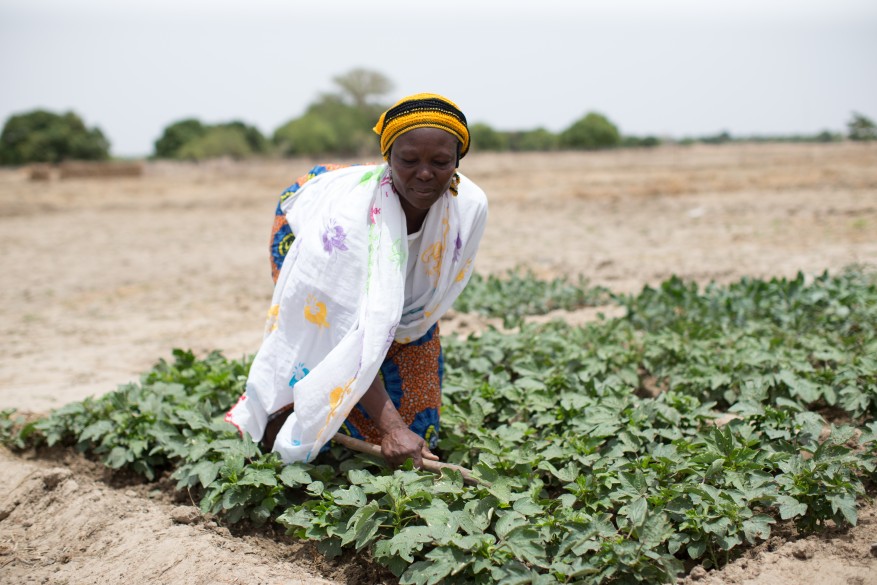 Mother of four Kangabega Ayesto wants to make a success of her new business, not just to feed her family, but also to reunite them.

All of her children moved away from their home in Gomtenga village, Burkina Faso, in order to find work and a better life for themselves in neighboring Ivory Coast.

But now, with Kangabega involved in creating a horticultural plot in her village, she hopes her successful harvests can encourage her children to come home.

“If production is good, there will be something in the village for my son to come back from Ivory Coast to work on. It will show him that there are opportunities in Gomtenga to earn a living”, she says.

Kangabega is amongst 20 women being supported by Self Help Africa in a newly formed horticultural group.

The group is being trained in vegetable production, and have received seeds that they will soon plant, enabling them to grow tomato, onion, garlic, chili, and peppers.

These new vegetables will add sustenance to household diets and provide members with surpluses that they can sell in local markets to earn an income. 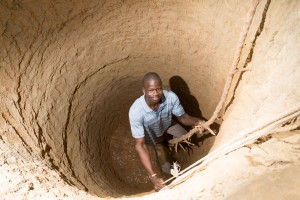 In the past, farmers would rely on cereals as their dietary staple, but because of changing temperatures this has become more difficult, according to Kangabega.

Self Help Africa has supported women’s groups across Burkina Faso’s hot and arid central plateau to work together on vegetable production, both to improve their diets and earn an income.

Plots are provided with fencing to prevent grazing animals from eating the produce, while wells are excavated to provide an available water supply – at least for part of the year.

Being a farmer in Gomtenga is a challenge, says Kangabega. She doesn’t earn any money for up to eight months of the year, and has traditionally struggled to provide for her family.
“When they could leave, they did,” she says.

In the years ahead she hopes to build a successful business, get in contact with her two sons and two daughters, and invite them to come home.